After a life time of terrible relationships, I eventually decided I needed to set some rules for any new potential suitor. That led to my number one rule…look to their friends! In the first few weeks of any new romance it’s easy to put on a façade, but his friends won’t. If they are a big old group of dodgy fools that begrudge him a lift, let alone be the kind of ride-or-die friends we all aspire to have; then you have been given a warning sign right there. There is even the possibility maybe any friends he might of once had didn’t bother sticking around at all. If this is the case…GET OUT!

We all know that you have to put time into making our relationships work. But some of the longest relationships we will have in our life is with friends, your mates, your sisters. Whatever you call them, you have chosen them and they have chosen you. And that’s got to make them worthy of a little TLC. After all, you get back what you put in.

We went out and about on the gay streets of London one chilly afternoon to hear the tee and we found out about all sorts of friend rituals. 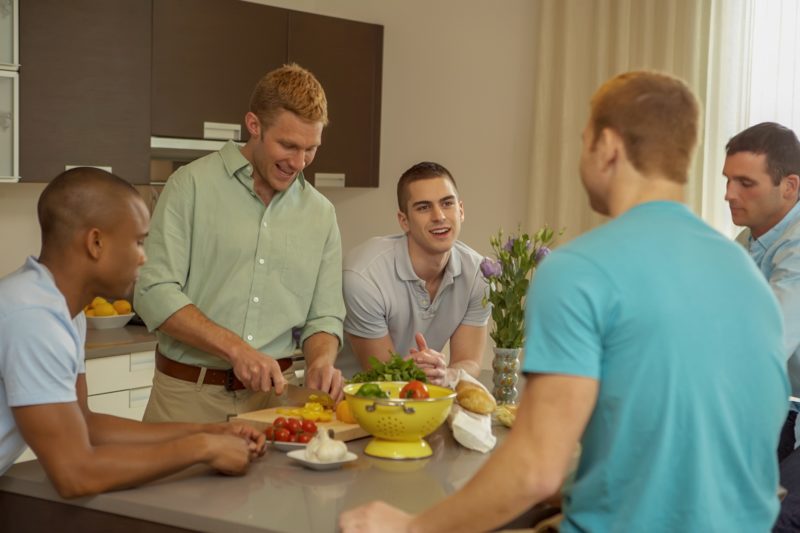 “We can’t hack this for too long” (the very sharply dressed grey haired guy I’m talking to gestures toward yet another flailing limb that has cut across our conversation in this increasingly packed bar of beautiful boys). It transpires that these two best friends have met to plan their fortnightly ritual…a dinner party with a competitive twist. These boys and their group get together every two weeks and each cook a course. Then they score each of them out of 10.

“There is five of us and we each take one responsibility: starter, main, dessert, cocktails and entertainment. We are all serious foodies and seriously competitive so it never fails to be a fiercely fought contest. And some of those entertainment entries…well that’s a different story!” 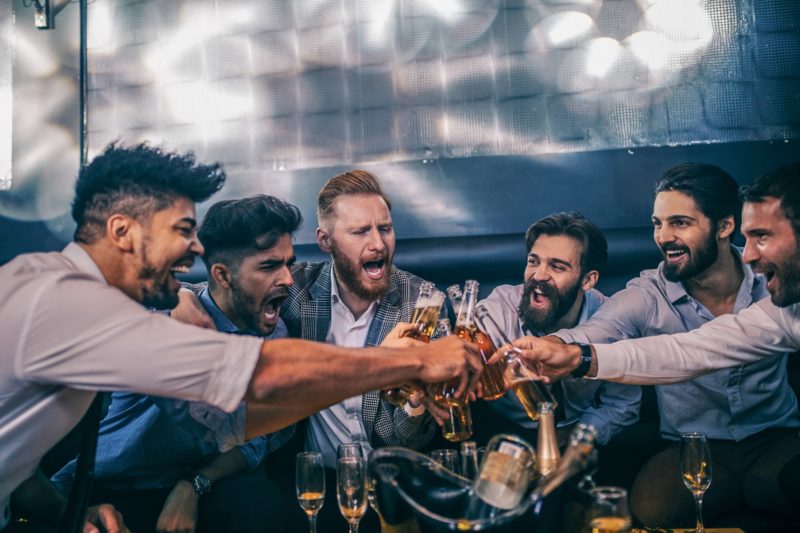 When I walk over to this group I have to hang back for a second so not to interrupt the clearly well practiced and well-timed group shot downing ritual. This group looks fun and you can’t help but want to get in on the action. As it turns out they are more than willing to talk to me about what they get up to.

“It’s about the banter…Life is way too serious and my job is boring” (then a rowdy array of loud jokes are made about the smiley guy that I’m talking to, mainly revolving around him being an IT geek!)

“We get together every Saturday night without fail. Pre-drinks at home then straight to The Yard. The whole first hour tends to be talking about any success we might have had that week” (the sudden burst of laughter tells you exactly what successes he is talking about).” Then it’s to the next place. Maybe the Village or Ku Bar. There’s always some eye candy there in the form of a barman or go-go boy, and then eventually of course Heaven, via the wrist band boys outside G-A-Y. The rest is history and we start all over again.” 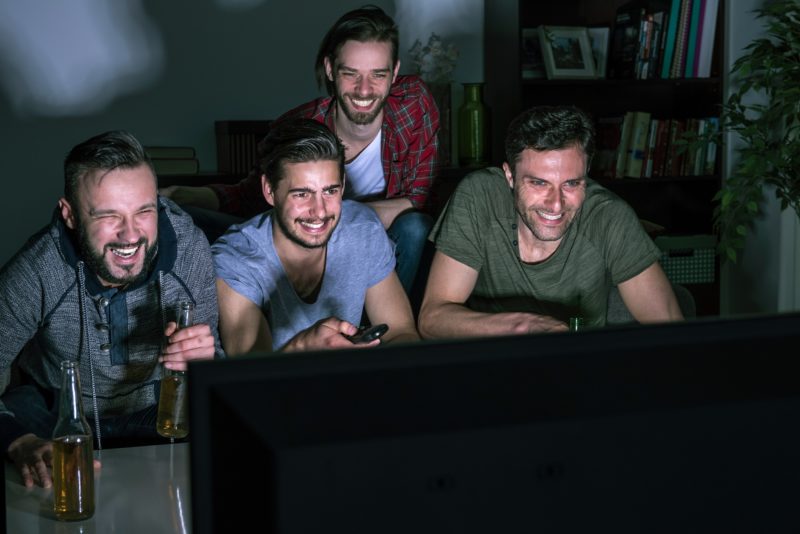 “My friends and I love my Sofa. It’s a huge corner sofa and has a perfectly sized imprint of each of their bums. I love nothing more than hanging out with my friends watching TV, not that we do a lot of watching. There is always a running commentary and often a debate about something. There has been some pretty heated debates about Brexit, but its not always that highbrow.”

The cheeky smiles of this extremely friendly group tell me that Brexit might be the single politically themed conversation they have had in their whole history.

“We have been doing this ritual for years and one of the most memorable subjects of our TV affections had to be The Game of Thrones. The red wedding was the only time we have ever been absolutely silent, just from the shock of it all…I still don’t think I’m over it now! (The shock in his face at this point is palpable and by the way he grips my arm so tightly I really can believe he isn’t over the shock.)

“Of course, the one that keeps us all together is Drag Race (referring of course to RuPaul’s Drag Race). What the hell is there not to like? Much like me and my friends, it is the campest, loudest thing out there. I don’t know what it is that makes it so addictive, but all I know is we love it and just live for the Lip-sync honey!” 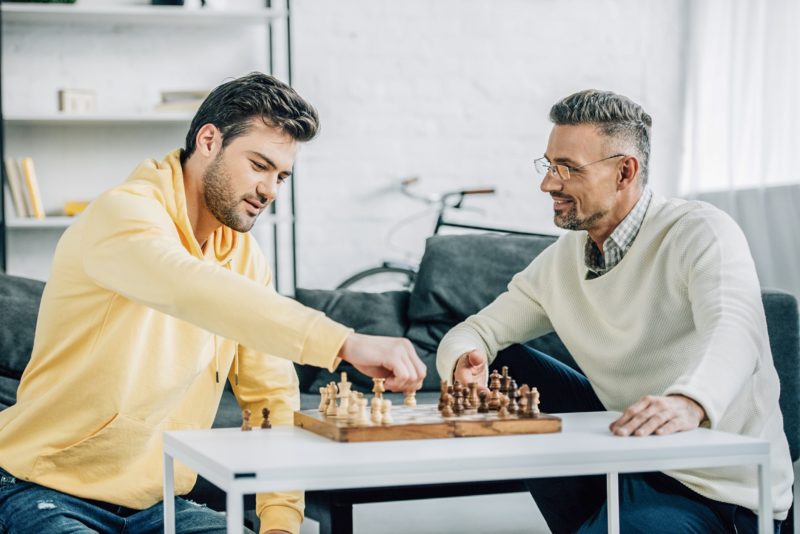 Now this group surprised me and reminded me, as I am reminded so often living in London, never to judge a book by its cover (or a series of books in this case). When I approached them their conversation was serious…interesting, political and very, very serious. That’s why what got them going as a group was not what I was expecting.

“Board game night is our deal. We love board games!” This tall and rather striking Mediterranean didn’t hesitate a moment when I asked him about what made his tribe tick.

“What is not to love about a board game? The best are the active ones that get you up and doing something: attempting dares; drawing something; singing some pop tune or trying to get someone to guess what you’ve badly sculpted out of playdough. My group tends to get louder and louder as the games go on, and the food is always a bit of an afterthought. There has been many a trip to the corner shop down stairs for a plateau of crisps and dip. Somehow in between all this madness we even manage to share some pretty serious stories and give each other the support we need. All the problems we face all just seem a little less serious after an evening of competitive shouting and laughing.”

The guys voice softens to reveal some deeply rooted and what I imagine to be, much cultivated gratitude when he touches on this part of the story.

“Then there is a game we have made up. It’s our failsafe, our go to, our jewel in the crown. We call it the pass the dance game and it usually comes at the end after a few drinks. Someone selects a song and we all stand still whilst they throw the most over the top moves you can imagine. They literally then pass the move to someone in the group who must catch it and continue it on…it can go on for hours. Saying it out loud it makes it all sound like some tripped out episode of playschool, but honestly just try it, you’ll never turn back. I suppose these games are our medicine. 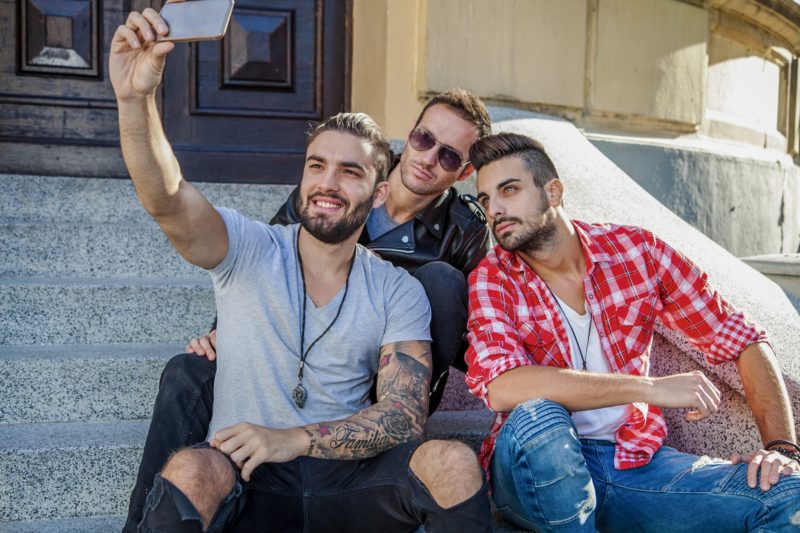 With this last group I was surprised I even got a word in edgeways. They are all furiously sharing stories of each other’s week and barely come up for air. That is of course until I interrupt.

“To sum us up is pretty easy…we’re game for it. We love to try new things, so we don’t really have a standard ritual. We are constantly on the hunt for something fun and new to do, and Groupon is our best friend.”

As the Idris Elba lookalike tells me this the others all start pulling out their phones to show me some of the weird and wonderful things they have lined up.

“We have one friend who is the bargain hunter, so we get some incredibly cheap trips out. It doesn’t really matter what we do, because even if its terrible then we end up laughing about it. We have done escape rooms, afternoon teas, leprechaun tours, ghost walks …you name it we have done it. One of the funniest memories is when we went for Prosecco Pong in East London for a birthday celebration. I booked it in the afternoon as one of many activities planned for the day.

When we got there the atmosphere was dead and the large room full of tables upstairs was closed, so it was just us on one table downstairs in an empty bar. Friends had told me how brilliant it was, but it turned out that you really need to go in the evening for the buzzing atmosphere. The people that worked there were so lovely and clearly could tell we were disappointed. They rolled out the welcome carpet and made the afternoon just brilliant. I think the cocktail Prosecco jug they made was particularly strong and we ended up having the ping pong game of our lives. The next thing I knew we were sat on the floor of the local Subways being brought glasses of water by some lovely unsuspecting teenage part timer.”

Hearing all these stories just confirms one thing. It doesn’t matter what you do, where you go or to some extent, how often you see each other…we all need good friends in this life.

“Friendship is the hardest thing in the world to explain. It’s not something you learn in school. But if you haven’t learned the meaning of friendship, you really haven’t learned anything.”