It’s not just his tragic demise that makes Glenn Harris Milstead a legend. It was the way he lived his authentic best gay life. Thomas Coulier reviews this cult classic film and explains just why ‘I am Divine’ is not to be missed.

‘I AM DIVINE’ is a documentary about the life behind the (in)famous Divine, an alter ego of Glenn Harris Milstead who’d become part of John Waters’ notorious films. As a self proclaimed pop culture connoisseur, I’m well aware of Divine’s campy cult status. I know every intimate detail of her longtime friendship with John Waters and the slew of films they’ve made together. I even know that my favorite Disney villain, Ursula is inspired by the larger-than-life looks of Divine. But, who was the man behind all that make-up and why is he still relevant? ‘I AM DIVINE’ is an autobiographical portrait about the performer, both on as off-screen. The film presents us with a sneak peek behind the scenes and offers us a glimpse of what went on behind all the layers of make-up.

The birth of the drag creature.

Divine’s portrait starts with the birth of Harris Glenn Milstead, an overweight misfit who grows up in Baltimore. Instead of trying to fit in, Glenn pushed the boundaries of the socio-cultural norms in the 60s. Mind you, being gay was still very much forbidden and frowned upon. So when Glenn started dressing up as Elizabeth Taylor in 1963, things got quite heated and he was kicked out of the house by his parents. Not one to dwell, Glenn moved on and met John Waters, who would become his greatest accomplice and ally. It wasn’t long before they both started exploring Glenn’s alter-ego on a larger scale. They came up with Divine, an outlandish, outrageous and incredibly foulmouthed creature. “Part drag queen, part serial killer”, as she was astutely called in one of her film trailers. 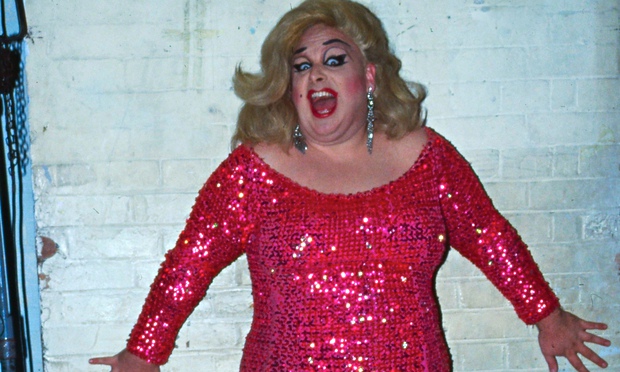 Now, it’s essential to understand that Glenn’s cross-dressing wasn’t only frowned upon within the parameters of ‘normal’ society, but just as much discriminated within the drag community itself. See, their intention was to look as close the part as possible. Since Glenn’s presence didn’t present him with the opportunity of doing so, partly due to his obesity, he had no other way but to mock the whole thing. And so the grotesqueness of Divine wasn’t simply scripted in order to provoke or for the sheer shock factor, it was a way of making a place for himself. Divine’s signature look was born when make-up artist Van Smith shaved her hairline to create these devilish eyebrows. The move made her look slightly eerie, and they’d become her trademark features for the rest of her career.

What’s fascinating about the documentary, is that you discover behind the abrasive Divine, lies the sensitive Glenn, two apparent opposites. And this is confirmed by his close friends and family that we get to see during the film. They’re able to provide anecdotes that show he was a shy, warmhearted and kind person, longing to make a name for himself. In one of the film clips, Glenn seems almost insulted when someone asks him if he is a drag queen. “I’m an actor, it’s a role”, he retorts. But by then, it’s also made clear Glenn is becoming growingly frustrated not being able to book ‘real’ acting jobs. He seems desperate to leave any trace of his past behind.

The films he made with John Waters didn’t really do him any favors in that sense. The most notorious one being Pink Flamingos, where John has Divine eating a pile of fresh dog shit. During screenings, people came out puking and the buzz around the film’s infamous ending made sure it became a success and cult classic. But it would also make sure to haunt Glenn, the one thing people would always ask him about. He started doing theater as Divine in New York and the way he could command a stage proved there would be other ways to solidify his celebrity status. And successfully so. Divine joined the ranks of the beautiful at Studio 54 and he started making disco records.

Disco dominated the 80s and Divine managed to ride the wave by doing gigs around the gay club circuit, places where both disco as Divine thrived. But it also took an immense toll on her health, people close were getting sincerely worried about her physical state. Still desperately longing to be taken seriously as a proper actor she was given that opportunity when reunited with John Waters. He had her opposite well-known actor, a teen idol she’d previously gushed over named Tab Hunter, in the film ‘Polyester’.

This made Divine even more determined to do well, as well as feeling the pressure to deliver. Once Tab had reassured her she was doing fine, she really let go and it showed in the positive reviews. She would then star in what would be her greatest commercial success, ‘Hairspray’. Not only did the film receive critical acclaim, Divine’s performance was also applauded and cemented her status as a professional performer.

Glenn finally got the phone call he’d be waiting for, they’d written him a part on a show called ‘Married with Children’. Tragically, the night before shooting he had been studying his lines, when he suffered a major heart attack and died. I like to think that this makes him even more legendary and probably the reason why he’s made such a lasting impression. The documentary is an intimate portrait of a gay misfit trying to fit in. One that was desperate to be taken seriously and haunted by his own audacity. Divine is a pioneer, a beacon for all the lost souls and she, as well as her legacy, should be remembered as such. 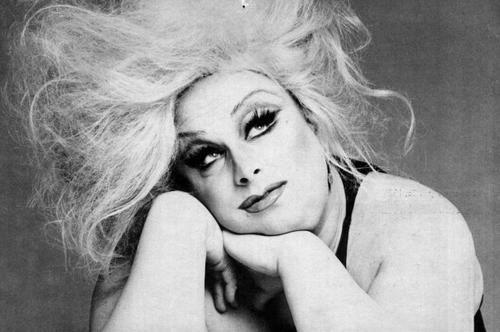