What was I expecting from the Rio de Janeiro Carnival? I rocked up full of anticipation. Having read that there was going to be lots of street parties, floats, and music playing all over Rio de Janeiro. I could never have imagined that there would be such an array of colourfulness. Incredible costumes and dancing, come rain or shine to the samba beats all around the city.

So how did the carnival start?

The Carnival in Rio de Janeiro is a festival held every year before Lent and considered the biggest carnival in the world. There are two million revellers per day on the streets. The first Carnival festival in Rio occurred in 1723. It was meant to be a food festival because it was the last time to eat abundantly before Lent. Did you know that in Latin the word ‘carne vale’ means farewell to meat? Over the years this has changed and Rio has put itself on the map as the place to be to put on your tailcoat feathers and grab a caipirinha.

So, what is there to do you ask? Here is my guide to how to do Rio Carnival! 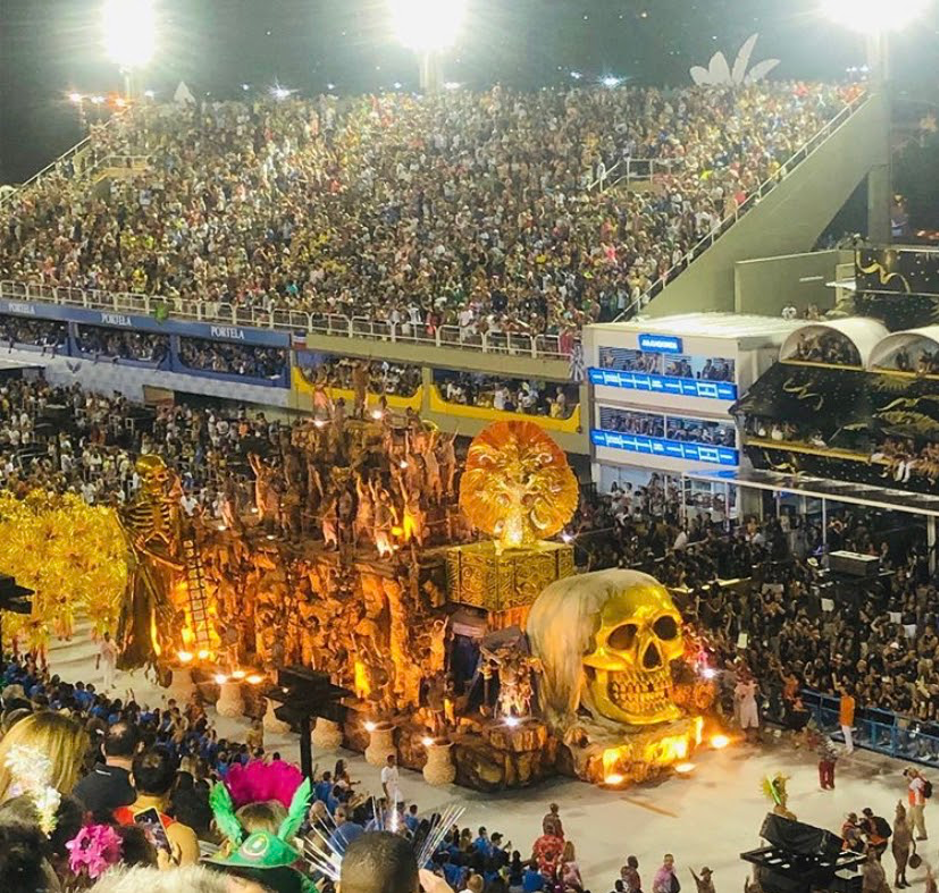 Blocos are street parties that follow a slow-moving van as it courses through the streets playing loud music. The parties tend to last for hours and there are also some unofficial after-parties in the street or beach afterwards.

You could be in Rio de Janeiro two weeks before the official start date and still join in as the first one starts two weeks before the official carnival. The crowd attracts a mix of heterosexuals and homosexuals, yet everyone is tolerant and we don’t need to hide our sexuality — it is usual to see men or women holding hands, kissing and cuddling during the festivities.

What was my first Bloco like? To sum up in one word – WET! 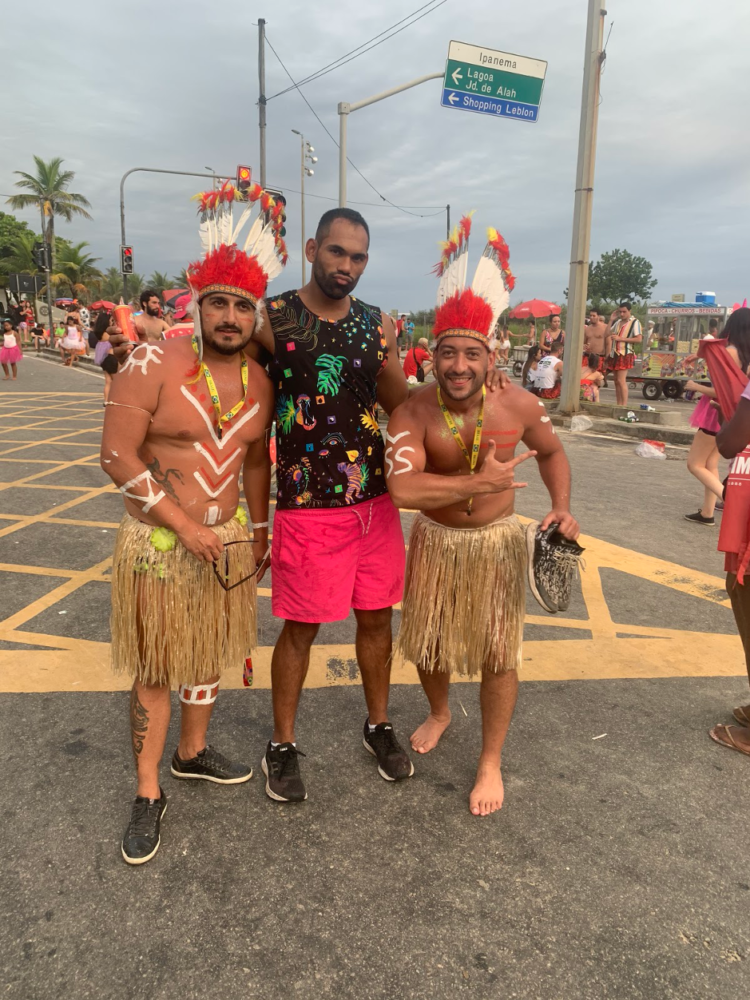 To paint a full picture – the music was great, the drinks flowing, and the crowd was huge. The only hindrance on things was that after 10 minutes the weather turned, the skies opened and rain flooded the streets. I’ve never seen such torrential rain like that in all my life. Not in Asia, not even in London. This was the heaviest tropical rain shower in my life and I was dancing in the streets like the sun was shining brightly.

I loved the fact that it didn’t seem to bother anyone who, if anything they were loving it all the more. I wish I had captured some images, but I knew my phone was not waterproof, so I didn’t want to risk it. Thankfully glad the rest of my bloco experiences had the same level of energy, but without the heavy rain showers. However, I wouldn’t have changed my first experience on what was an incredibly unforgettable evening.

What impressed me the most was how the bloco’s were organised. The clean-up guys were the total heroes. A round of applause to the Rio de Janeiro Carnival organisers; always a team of cleaners behind every van to ensure the streets were sparkling and ready to party another day. 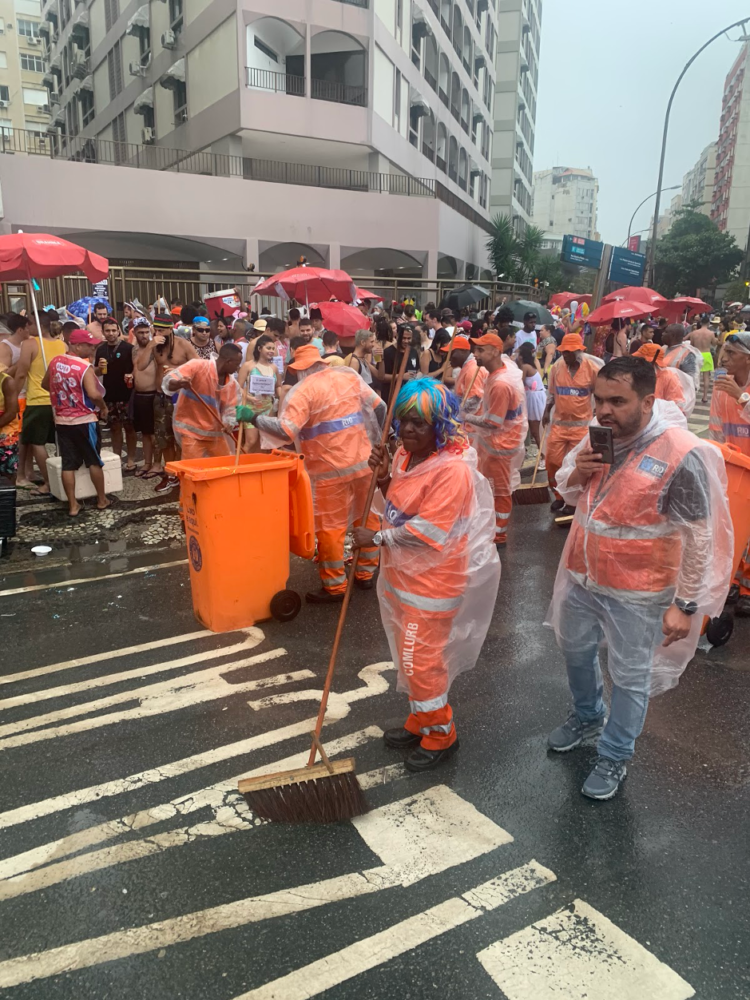 2. Get tickets for the unmissable Sambadrome

I travelled round the globe to see the biggest party in the world. That was exactly what I got at the spectacular Sambadrome. Now, you can just party in the streets, or on the beaches, or at one of the many blocos. But my advice is don’t miss out on the Sambadrome – it’s like another world. WARNING – it is a little pricey, but I assure you it’s worth every penny.

There are 30 samba schools with thousands of members. Each school is fronted by a queen and led by hundreds of drummers on a float. The queen is traditionally said to be the most attractive woman in the community. She is the biggest star and chosen because of her allure. Sounds like some queens I know. 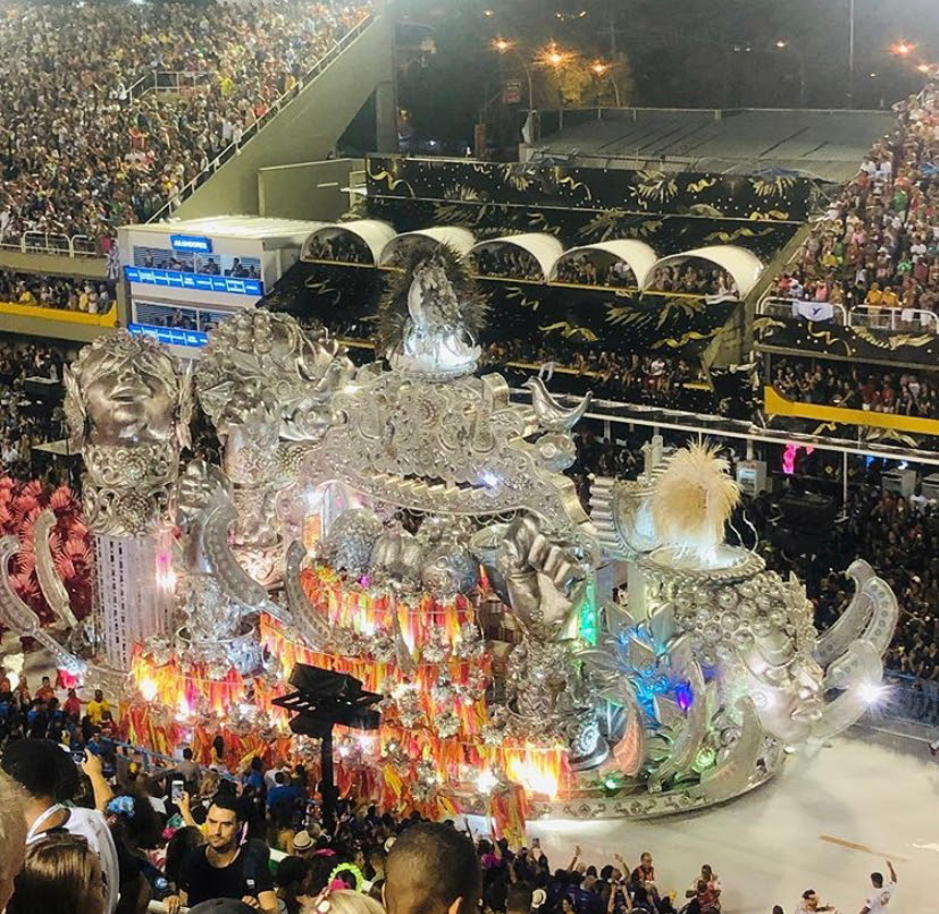 A few days before the big event, the Carnival runway is painted white in preparation to host a dazzling spectacle of rhythm and dancing. Ready for the members of Rio de Janeiro’s most elite Samba Schools to strut their stuff down. It’s such a fantastic experience. I urge you not to miss out on getting a ticket and witnessing the great spectacle for yourself!

3. Enjoy wandering around Rio and taking in the looks!

One of the most exciting things about Rio de Janeiro Carnival is the outfits!!! The streets are filled with so many people dressing up as whoever they want to be. I never imagined I’d see so many devils and angels in one day.  Other popular costumes included Mario and Luigi (I’m still confused about the popularity of that one)? There were of course people with wings, hot topless boys trying to complete who had the best abs and thousands of men in Tutus! Here are a few of my personal favourites…. 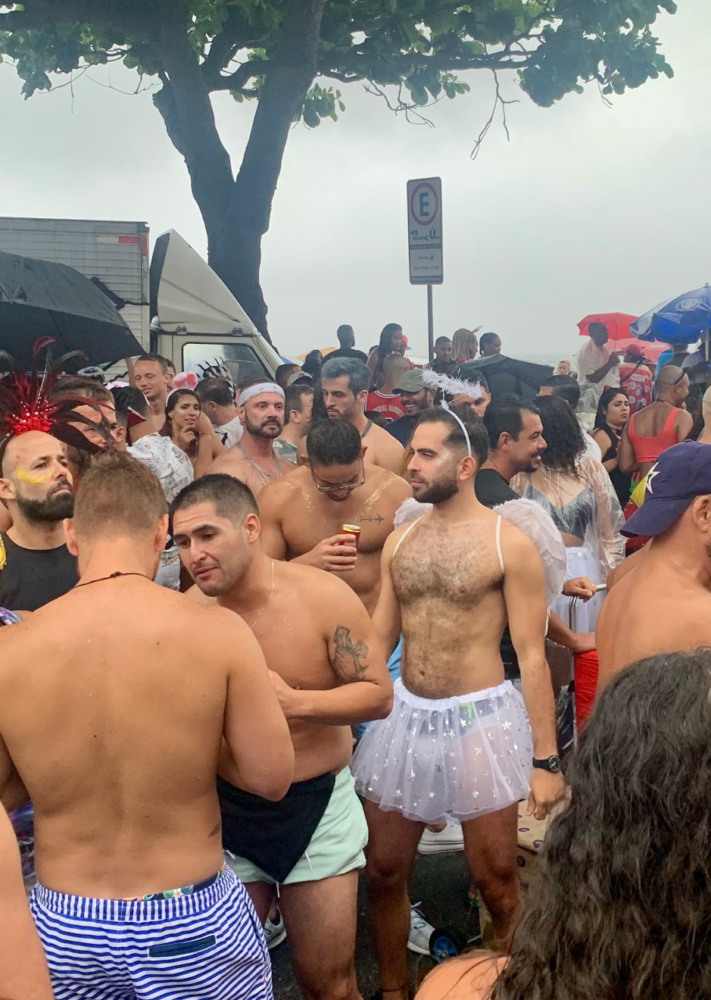 this guy is giving me everything!!! ? 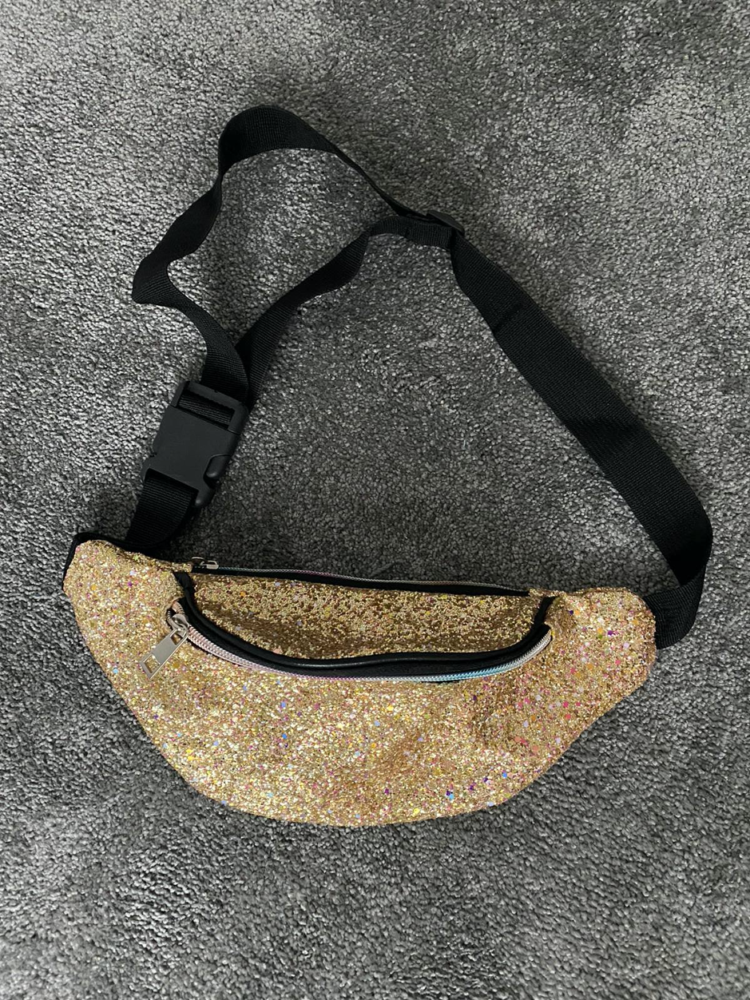 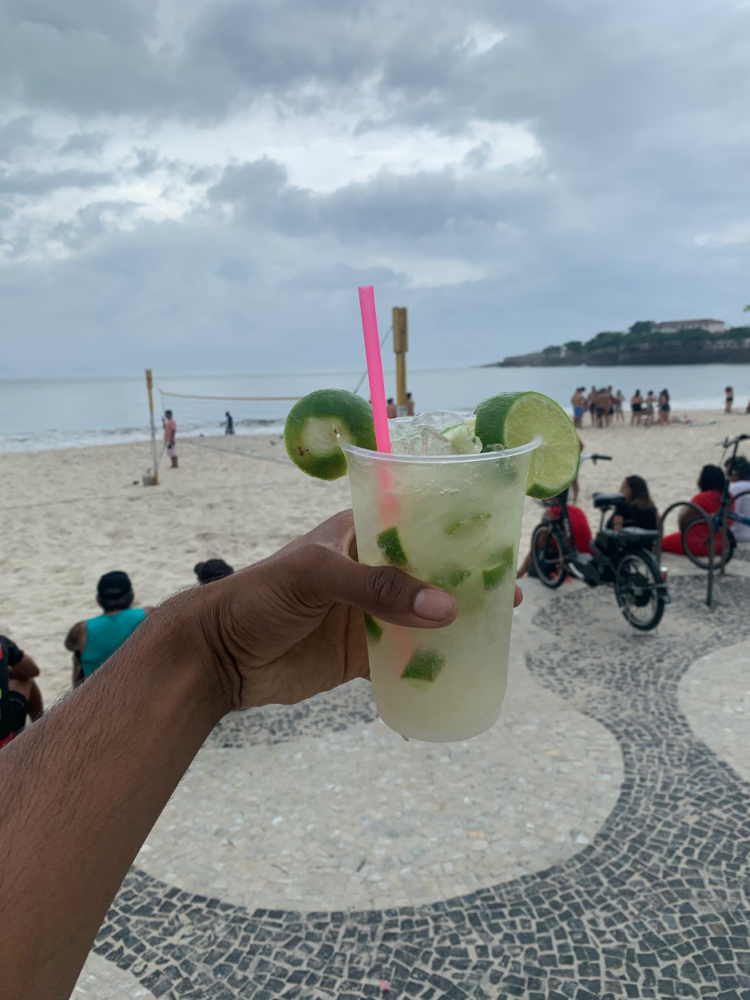 I challenge anyone who goes to Rio not leave loving love just a little bit more than when you arrived!