It’s Freshers Week 2017 and I’m sat in the student bar whilst most of my new year group dance to Britney Spears’ ‘Toxic’. Any thoughts of homophobia were far from my mind. Looking back, I wonder how many of the people in that room would have an impact on me over the next three years. My best friend, my future housemates, my future boyfriend. They all could have been there. But at that time, I was yet to meet them. However, there was one person there that night who made an impact on me; I just wish it could have been a good one.

I don’t like dancing. It’s strange really, because I’ve always liked music. But I’ve never really felt an impulse in my hips and even if I did, I wouldn’t know what to do with them. When I say my dancing is worse than ‘Dad-dancing’, I mean it. Dads at least have a lack of inhibition and a carelessness about their moves, whereas I’m self-conscious. People can see I’m physically uncomfortable from my facial expressions and from my ‘moves’ (if I can call them that). During Freshers Week, it’s worse than ever, because I’m even more self-conscious and keen to impress people. 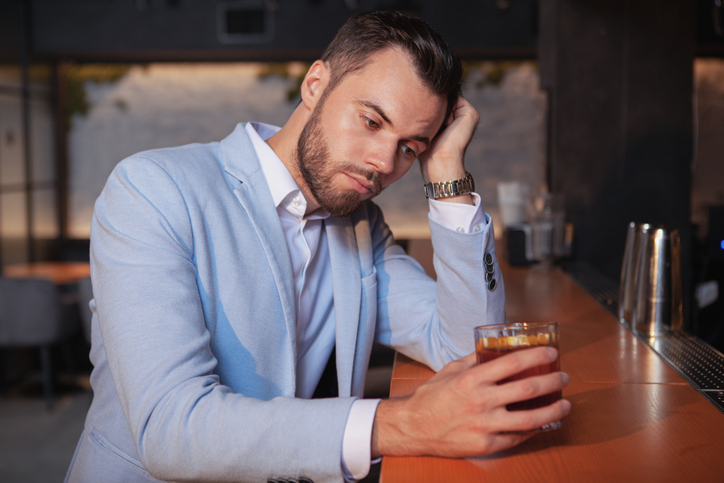 Across a crowded bar

It’s for that reason that on this particular night I find myself glued to the sofa at the side of the dance floor. Someone comes and sits next to me. He introduces himself and asks what I’m drinking.

There’s a slight pause as we think of the next thing to say. A few Carlsberg-related lines go through my head. God, why couldn’t I have been drinking something more interesting? I’m a Liverpool fan so I know Carlsberg sponsored them for a while. It’s all I’ve got. I say something to that effect.

Another pause. This isn’t going well. Maybe I could try to join in the dancing. Nothing could be more uncomfortable than this dreadful, lager-based small-talk. Surely I could do the robot. I’ve seen Peter Crouch do it enough times for Liverpool.

Finally, he breaks the silence by lifting his glass of (now frankly annoying) Carlsberg.

“Cheers. That’s what you English say, isn’t it?”

I finally clock on that he has an accent and ask him where he’s from. The conversation has finally started properly and it goes very well.

It turned out we had quite a lot in common. We chatted about all sorts, a far-cry from the awkward pairing who were discussing their pints earlier on. They would call us best friends now. “We met in Freshers Week at university,” he would say whilst doing his Best Man speech. He would raise a glass of Carlsberg to the happy couple and we’d all laugh. 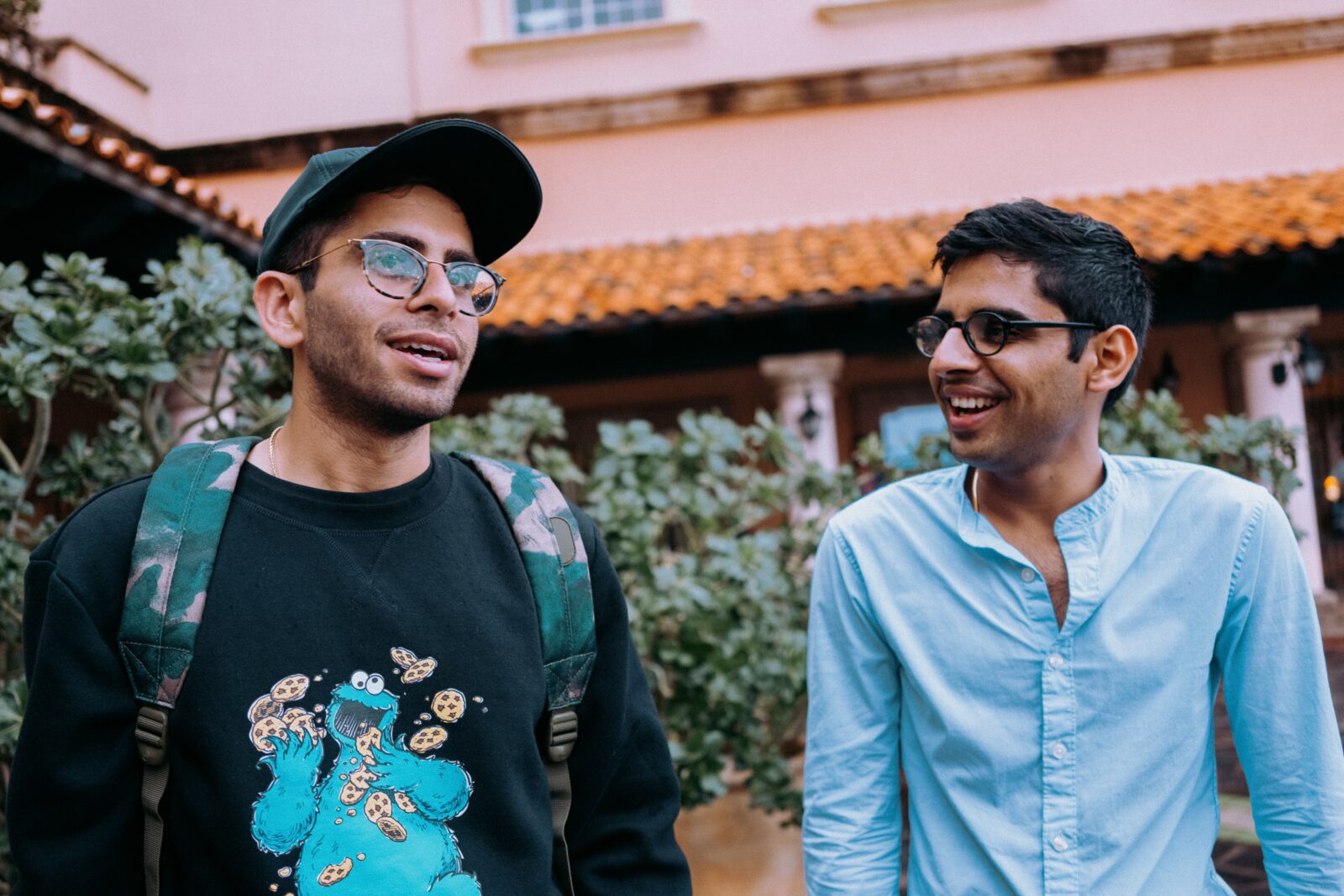 I was actually very lucky to share a room with a friendly, funny and crucially tidy guy. But in Freshers Week, I didn’t know the first thing about him, and I chatted in the student bar about my worries.

These are all valid questions. And they rank from most important to least important. If you’ve seen Dexter, you’ll know murderers are, at the very least, neat-freaks.

But it was at this point that my new friend changed and I had to re-open Best Man nominations in my head.

“Well, your roommate sounds normal,” he said. “My one is so gay.”

I re-consider leaving to do the robot, but I decide that someone sombrely doing the robot is one of the saddest things I’ve ever conceived. I just sit and look at him.

“He’s always putting on loads of make-up and stuff. I mean, why does he have to that gay?”

Homophobia had reared its ugly head.

I wrap up the conversation and leave the bar pretty soon after. As I walked back to my room, I wondered why he felt he could say that to me. He didn’t know I was gay because it never came up. I suppose I talked about lager, football and how I didn’t like dancing, and that gained me entry to the Homophobes’ Inner Circle. And if there’s one thing homophobes don’t want, it’s introducing a gay person to their ring. That’s the first rule. 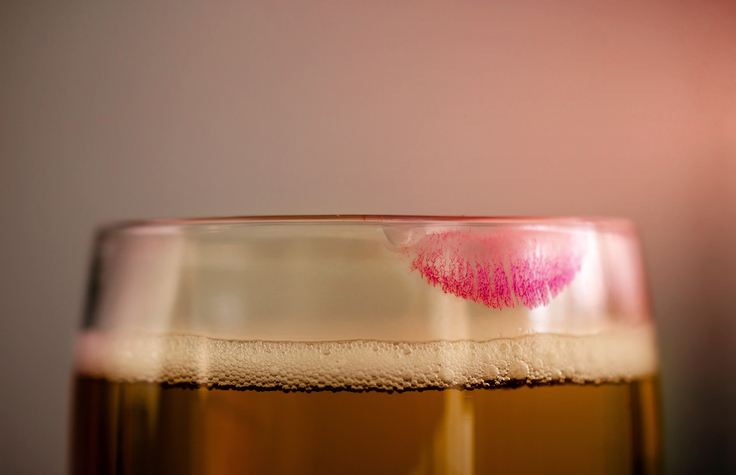 Standing Up For What’s Right

It’s an odd version of homophobia I experienced that night and it’s one that people don’t really talk about. It wasn’t directed at me and I didn’t feel threatened. But I did feel awful about the whole exchange.

I don’t think I challenged him. And if I did, I don’t think I did it with much authority. The result was this: I went home with an immeasurable feeling of guilt. I had come to university to study law and at the time I wanted to be a lawyer. “Standing up for what’s right is in my blood”, I thought. But it can’t have been. Not really.

Passing as a straight man has its positives (or, more accurately, lack of negatives). I’m not shouted at in the street or threatened by strangers. But flying under the gaydar isn’t all it has cracked up to be. Too often, I am put in a situation where I have to decide whether to say something and risk a confrontation, or say nothing and deal with the feeling of regret. That’s not position I want to be put in. 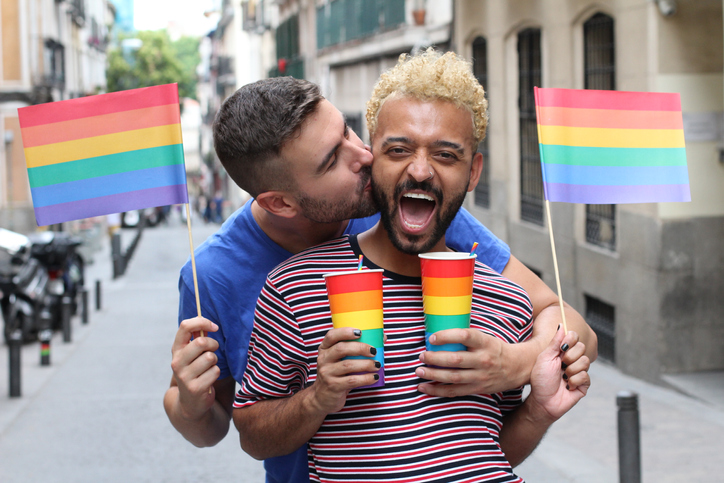 The other thing that stuck in my head was the phrasing of the fresher’s comments. “He’s so gay…why does he have to be that gay?” The guy got on perfectly well with a gay person who drank lager and liked football, but the make-up seemed to offend him. It was the degree of ‘gayness’. Or more accurately, it was the degree of femininity. Men being feminine and women being masculine seems to be at the centre of a lot of homophobic views. But just because I’m not particularly feminine, that doesn’t mean I’m happy to hear people attack feminine men or, worse still, tell me I’m “alright because I’m not one of the over-the-top ones”.

I’ve dated so called “over-the-top” men and I’ve fallen in love with them. I’ve been humbled by them. By their braveness and their strength. I started that night in Freshers Week as a coward, too scared to dance in front of people. I ended the night a coward too, because I didn’t stand up for what is right. If bravery is a typically masculine quality then it’s the people who are authentically and unapologetically themselves who are the peak of machismo. I admire them, I aspire to follow them and ever since that night, I try to defend them.