The last half of the previous decade saw a revolutionary birth of a new subsection within the music industry: bedroom pop. This consisted of young, often teenage artists who took advantage of the music making software available on their laptops to independently create their own music and release it on the internet. This scene can be associated with the rise of huge pop and indie artists such as Billie Eilish and Rex Orange Country who, thanks to the popularity of online streaming services, quickly achieved mainstream success and critical acclaim. However, what I think is the most exciting and important part of this movement is that it has acted as an essential gateway for up-and-coming young female queer artists who have reshaped and redefined the genre since the very beginning.

Female bedroom pop artists such as Clairo, Girl in Red and Arlo Parks all began their music careers by releasing home-made DIY music on their Soundcloud and Spotify profiles and shot up to world-wide popularity almost overnight. The inherent intimacy that exists in the DIY bedroom pop aesthetic proved somewhat addictive to an internet obsessed Gen-Z audience, hungry for a greater sense of authenticity and connection.

Confessions straight to the fans

Online streaming services have enabled bedroom pop tracks to be released directly by an artist to their fans, bypassing traditional industry gatekeepers and creating a relationship of immediacy and closeness between creator and audience. Further, bedroom pop typically addresses personal, intimate issues that are often disregarded or undermined in mainstream society. The confessional style lyrics reveal individual experiences with mental health, loneliness and challenging coming-of-age relationships in a refreshingly open and candid manner that does not attempt to sugar coat the facts. This coupled with the indie lo-fi imperfect sound of bedroom pop creates an atmosphere of comforting authenticity, a relieving sonic escape into relatability and honesty.

Bedroom pop is also an impressively nuanced genre that encompasses a variety of styles: indie rock, R&B, folk and pop. With artists that come from all around the world, there is a celebration of individuality and diversity that exists within bedroom pop that also heightens its sense of authenticity and inclusivity.

Of course, a brilliant consequence of this open and direct approach is the raw and honest portrayal of female sexuality, namely queer female sexuality, that pervades bedroom pop. All of the aforementioned artists mention or at least allude to feelings of attraction towards women in their songs and often depict themselves attempting to negotiate their queer thoughts and feelings within themselves and with others. This music demonstrates a genuine exploration into wlw coming-of-age experiences that has never been showcased on such an accessible and mainstream stage before. 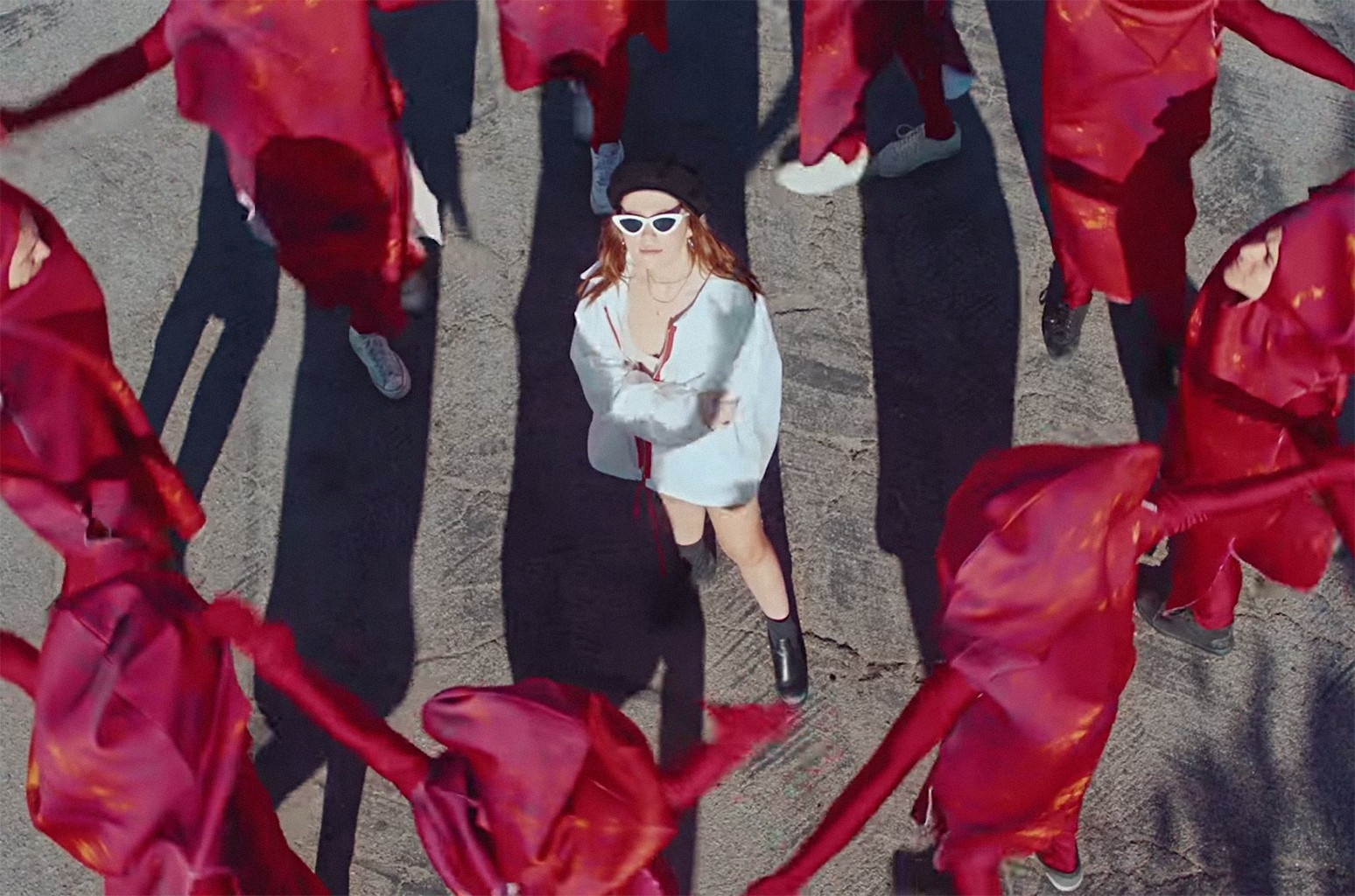 A great example to draw upon is Clairo’s ‘Flaming Hot Cheetos’. This track has a laid-back DIY sound with a simple hard-hitting backbeat and synthy piano notes that were all written and produced by Clairo herself. The dreamy stream-of-consciousness vocals narrate Clairo contemplate the ins and outs of a past relationship. However, what is key is that Clairo seems to be reminiscing over a woman, not a man, yet this is addressed in a chilled and understated manner, despite the obvious confusion Clairo feels. She wonders: ‘girlfriend or girl that’s a friend?’ and then continues ‘it’s easy just to pretend | that we don’t have something real | it’s just how we feel’.

This gives the track what feels like an unedited and casual depiction of a common wlw coming-of-age experience: uncertainty surrounding the fragile and blurred boundaries between same-sex friendship and romance that often exists at these times. The song, named after the type of crisps Clairo was eating when making the demo, feels authentic because it offers a sense of immediacy, informality and openness that is relaxed and relatable. Clairo invites her listeners to perceive her as simply one of them, an ordinary young queer female who is figuring out her identity and relationship to others.

SOMEONE TO WRITE FOR US

Indeed, this movement is such a beautiful gift to a young wlw audience because we finally have musicians that are writing music for and about us. These artists express perspectives that we can wholeheartedly relate to and identify with. This is so important because this music helps young wlw, of whom many feel like a minority or outsider in their hometown communities, understand that they are not alone. Despite the gloomy undertones and heart-wrenching yearning that is a staple characteristic of most bedroom pop, these artists ultimately evoke a message of self-acceptance for every part of themselves, even the awkward and undesirable bits but most importantly: the queer bits. 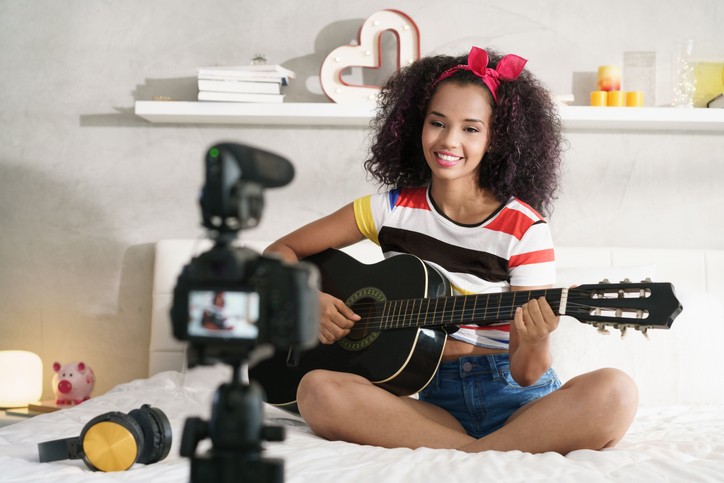 X IS THE QUEEREST NUMBER

Now branded as the queerest generation ever (Vice), Gen-Z are the most open minded generation towards gender and sexuality that society has even seen. So, it feels like a welcome consequence that a queer female community of artists have now finally established themselves within the mainstream music industry and indie music scene. Indie music, a genre traditionally dominated by white heterosexual men, is being reclaimed by young wlw musicians who, comfortable in the privacy of their bedrooms and free from patriarchal corporate oversight, have re-examined and redefined what it means to be alternative and exist on the margins of society.

It is a common trope in art and popular culture that wlw are represented as ghosts. In Terry Castle’s The Apparitional Lesbian (1995), she articulately points out that in modern culture lesbianism ‘manifests itself within the Western literary imagination primarily as an absence, as chimera or amor impossibilia – a kind of love that, by definition, cannot exist.’ Traditionally, this conception of lesbian ‘absence’ has led to its supernatural or ghostly portrayal in popular media, as to reflect lesbians hidden position in society. The lesbian ghost is a common trope across sapphic art, films and literature that has been used to signal the lesbian presence throughout the 20th and 21st century. However, perhaps in some ways with bedroom pop we are starting to see a reversal of this trend. These young wlw do not haunt a space but take up a space and affirm a kind of love and desire which by their definition, can exist and will no longer be silenced or erased.

Girl in Red – i wanna be your girlfriend

Some top tips for new music right? We continue to provide our content at no cost, but to be able to keep doing so we need you to share it and visit our site bestgaylife.com