Before the pride flag and up until the late 70’s, the pink triangle was used as the symbol of the fight for LGBT+ inclusion. Originally created during World War II to identify homosexuals, the triangle was then re-signified. It was subsequently used to represent a new chapter in LGBT+ history.

In 1978 Harvey Milk was already a pioneer in the history of politics and wanted new ways of celebrate the gay community. The original Pride flag was a product of Gilbert Baker’s creativity. It was flown at the Gay Freedom Day Parade in 1978. It initially had 8 colours and was sewn by hand by the activist, who was inspired by the American flag and, obviously, a rainbow. He felt that the rainbow was representative of a wide spectrum of people, expressing joy, beauty and power. The colours were: 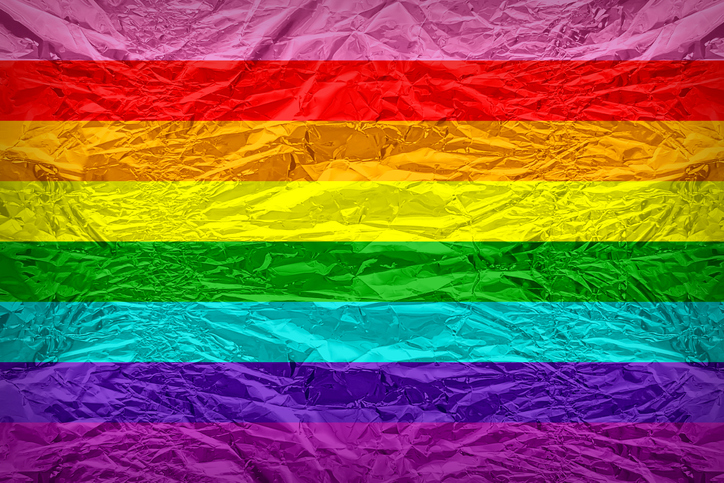 Our Flag Has Evolved

We repurposed and re-signified the pink triangle, the use of the word ‘queer’ and so many other tools of our fight for more rights. Time has come for us to re-think the Pride flag.

In 2020 it is current and necessary to think about new forms of embracing different identities in our community. This year, COVID-19 was the reason for the cancellation of over 500 Pride Parades. We have also witnessed the uprise of Black Lives Matter. Also, the UK has seen trans rights been questioned and denied multiple times.

The new Pride flag brings a triangle over the original rainbow colours. Uniting history and progress, it features black and brown stripes as an ode to people of colour, and baby blue, pink and white alluding to the trans flag.

We need to look to the future with the clarity of the facts that make our history. The new Pride flag, or ‘the progress flag’, is exactly this: part of our history and new foundations of our future, where we will be actively inclusive and supportive of our BAME and trans siblings struggles.