I am going to start my journey 5 years prior to my  HIV diagnosis, as a 24 years old naive gay boy living in Clapham North. Overwhelmed by the excitement of finally realising my true self, my attention focused more on exploring the scene and I disregarded the dangers associated with managing one’s sexual health.

I wasn’t completely ignorant with the subject of STI and HIV, however, I wasn’t really aware so much about gay sexuality.

I was very much living the Will & Grace lifestyle I always dreamt off with my bestie from uni. At this time in my life, I actually had very few gay friends and I was very unaware.

While coming out gay I must say that I was a very inexperienced in gay etiquette. It was also at this time when gay apps had started to surface. Grindr was the way to hook up and meet new gays for casual sex. I became increasingly more alarmed that I could catch a sexually transmitted disease or HIV. I decided to try and do something about it. 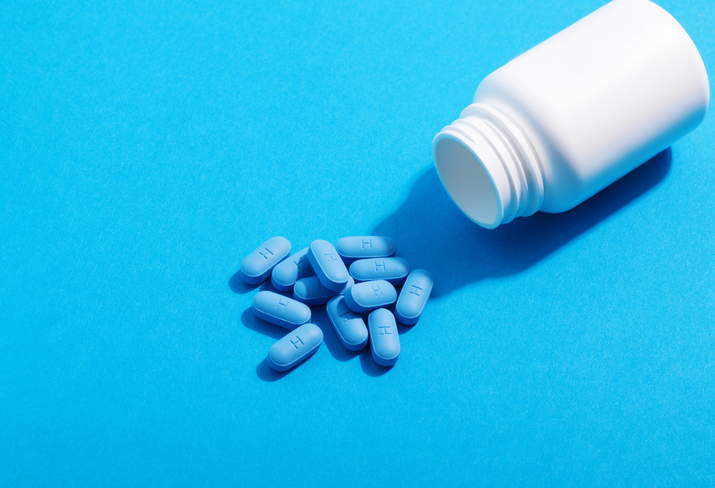 Like a few gay men in London – I joined something called the PROUD STUDY. At the time about 8 clinics across London was running this study and I had been allowed to participate

It involved taking a daily tablet (Truvada) to reduce the risk of gay men catching HIV. The trial involved half the men not receiving Truvada for one year. We do not know if gay men at risk of HIV are interested in taking Truvada, and if they are, whether they would be willing to wait a year before they can take it. The reason it may not be safe, is that taking Truvada-PrEP may lead to an increase in risky behaviour. This could mean there was more chance of catching HIV and other infections.

While taking part in the Proud study you got assigned a sex councilor. I never thought of someone like myself needing a sex councilor, but I went with the flow and thought why not? After pouring out my fears and insecurities I said to my sex councilor that I think I have a problem with sex and worried about the amount of men I am hooking up with. I was worried about the thought of getting STIs or something worse – am I abnormal or is there something wrong with me?

First of all, my councilor at this session was absolutely amazing. He was more of the silent type but when he spoke it was words of wisdom. His impartiality and level headedness allowed me to be very open in the areas I wanted to discuss without fear of judgement, prejudice or ridicule. What he did though was teach me a valuable lesson. Instead of relying only on meeting through apps, why not try something else?

Try to go out on a night out  he suggested. Try introducing yourself to someone that you like the look of. He highlighted that my biggest fear was due to the fact that I was mixing and hooking up with men that I didn’t know too much about. There was no trust or foundation for a relationship being made. I completely understood what he meant, and by all accounts it sounded reasonable enough, but did I have the guts to ask someone out in person to their face. 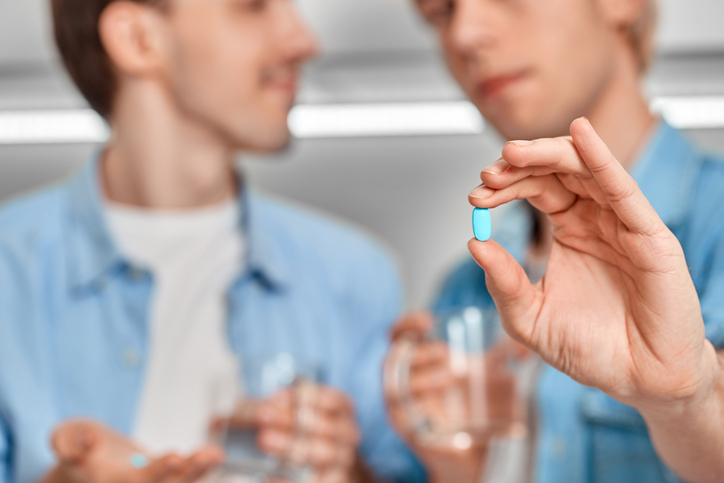 Finally, I Plucked Up The Courage

It must have been a good two months later when I was out on a night out in a very well known (now closed down) gay venue. I actually hadn’t been drinking that evening and enjoyed the time dancing with friends. Suddenly a guy caught my attention and I thought he was a good-looking guy. At that moment in time all I could focus on was what the councilor had told me about giving myself the power to be in control and write the narrative of my journey. I took a deep breath and walked over towards him. It was now or never.

As I approached the guy, I gave him a wink or probably tried to smile and then ‘hey, how are you – you look handsome’. He laughed, admittedly straight at my face. I am thankful I was in a club because I think I turned bright red even with my complexion.

He Taught Me to Understand

After the laughter, he finally managed to say that it was cute and very unheard of to be approached  in a club. Somehow, he was still smiling, and we spoke for the next couple of hours and exchanged numbers. It was the most comfortable experience I’d had with a man in a very long time and I certainly felt a connection. He phoned me during the week to ask me if I would like to go on a date with him, but insisted that he needed to be honest with me from the start if this is going to work. Then he told me that he was HIV+ and had been undetectable for the last three years. Next he asked if I was okay with his status or had any questions wanted to ask. He was happy to answer them, within reason.

Looking back at this I admire the honesty about his status, and  the respect he had for himself. He left the ball in my court, but I didn’t feel obliged and neither did he if I wasn’t comfortable with things from the beginning.

Over the phone I guess I was taken back by what he had just said. However, I couldn’t deny how I felt about him, and agreed to the date. Somehow being in my first relationship (which is what it turned out to be) taught me to quickly grow up and take understanding what it meant about having HIV more seriously.

I quickly tried to teach myself everything about what being HIV+ was.

How He Helped Me

Quite quickly I learnt so much and realised that there is so much to learn. A little of me remembers my second date and how many questions came from me. He was understanding that my questions were coming from a place of trying to get knowledge. He played along with it because he could see the effort I was making at trying to understand it all and how I needed to be safe.

To date, this was the safest relationship I’ve ever been in, because we were honest from the get-go. Whilst it didn’t last too long  (no I didn’t HIV from him) it was a special relationship, because it was honest.  I think dating someone with HIV eventually helped me deal with the situation when I was diagnosed with it years later. 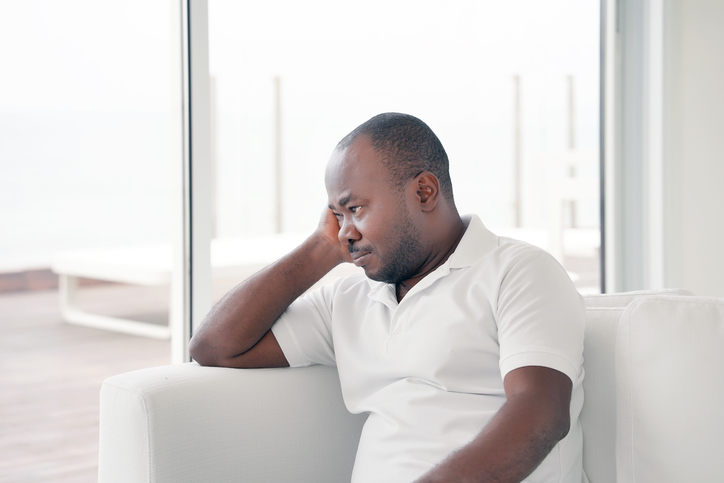 Finding Out In The Waiting Room You Have HIV

As a gay man they are not words you ever wanted to hear, but once spoken they change your life forever.

For many gay men living with this condition this is one of the hardest things to talk about . I don’t think I’ve actually told many people or even gone into the details of how I feel about the matter.

For me the experience of having HIV was actually a sigh of relief. I know this sounds strange, but I had lived in fear of it for so long that when I found out I had it – at least  I knew I could get treated and it could be managed effectively. I wasn’t  living in the constant fear of thinking that you may catch it or get it any time.

The thing that maybe I’ve struggled with most is having a successful relationship because of the fact that I am HIV+. Even though I became quickly undetectable, I was always worried that once I told a guy I was dating that I had the condition he would leave me and not be interested. I am sure it’s a common fear for many gay men living with the condition. Going through emotions such as guilt, shame and embarrassment. It plays heavily on your emotional wellbeing and mental state of mind. Some days are good and other times it does all get a bit too much. 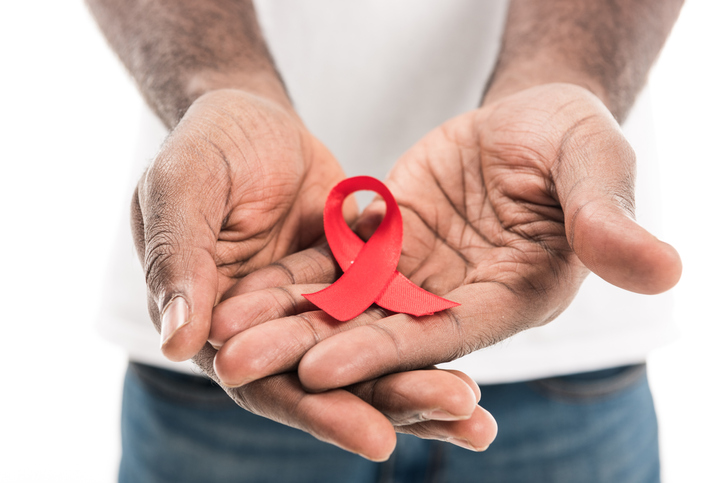 To Be Thankful For What You Have

Since I was diagnosed I have kept better track of my health than ever. I have regular checkup appointments within the doctor every 6 months, and they do all types of blood tests and physical examinations.

Last year I was diagnosed with cancer. It was a scary time. But it was my HIV doctor who caught it. I don’t even go to the GP anymore.

In a weird way I tell myself that if I didn’t have HIV and have my regular appointments with my doctor, then  my cancer may not have been detected so quickly. After my surgery they said it was so good that I had found the cancer early on because it was a very form aggressive cancer sitting in my body.

I am still working on trying to have a successful dating relationship and being more honest with myself, but that’s got to come with time. In the meantime there are some fantastic services and support groups that you can join or be a part of.

One I can recommend is  ‘METRO’ Charity, based in Vauxhall.