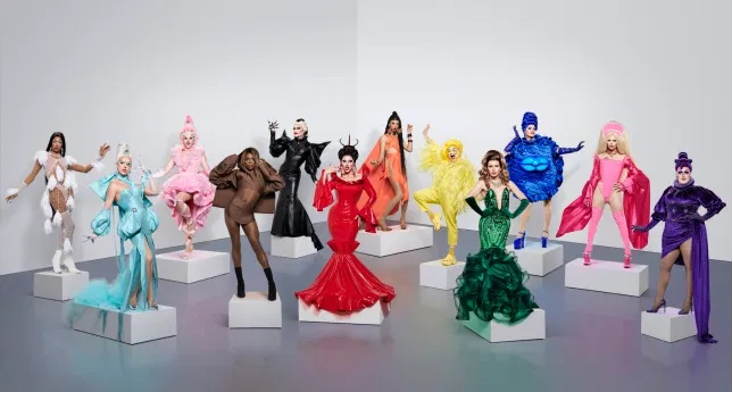 Have you seen the new Meet the Queens for RuPaul Drag Race season 2? The new series is due to air  today  (14th January) on BBC iPlayer.

This year they have certainly upped the level of talent from across the UK. There is also an additional 2 queens which hopefully means an additional 2 episodes from BBC. This year sees the lineup for the second series returning with judges RuPaul, Michelle Visage and rotating judges Alan Carr and Graham Norton. The first season had some fantastic guest judges in the form of Jade from Little Mix, Cheryl Cole and Michaela Cole so I am excited for the weekly reveal to see who will be the guest judges this season. Who would I like to see? Sheridan Smith, David Tennant, or Will Young. I hear rumours that Dawn French may even make an appearance.

I am loving this years of drag race UK purely for the fact that line up of the queens shows them in the rainbow flag including the new ‘Progress Flag’ designed by Daniel Quasar in 2018. It shows a powerful message of racial diversity and trans inclusions in the big season two reveal. Well done BBC! 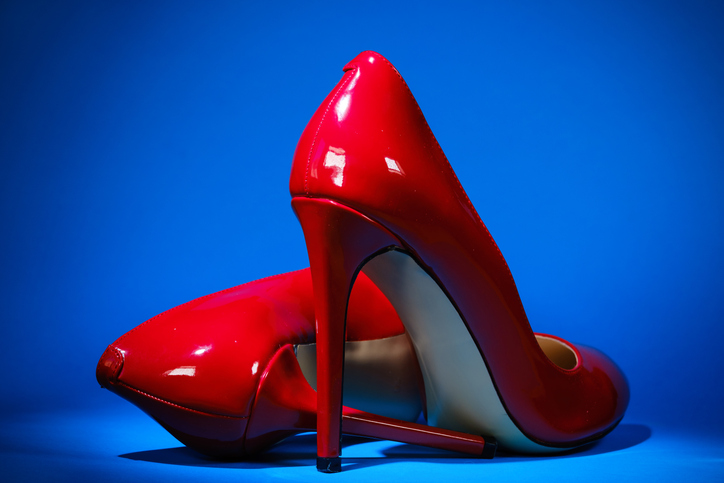 Definitely one of the most interesting queens who describes her drag as a melting pot between old school and bringing in the new school vibe. She claims to be a Clapham girl and a mess. That sounds about right if 2Brewers is anything to go by. I loved her aesthetics and can’t wait to see what she has to offer. I want her to go far but she doesn’t know how to sew. Will that be her nail in the coffin?

A brighton queen!! So happy to see some representation of Brighton in this series of Drag Race. There seem to be some great casting choices and Joe Black certainly brings something different to the table. With a haunted glamour look I hope she goes far and represents the Brighton scene well.

When I first saw a glimpse of her I thought this was a wind up but after her reel I think this queen is going to bring a lot of unexpected talent to the show. Quirky, colourful and an epic catchphrase of ‘Fancy A Slice’. She claims to be all about the performance so I am excited to see what she will bringing to the show each week

She had me at being East London’s bendiest bitch. Her outfit was epic and when she spoke she made me love her even more. Claiming that she is from Norfolk which if you look at a map it’s the arsehole that sticks out on its side. I think she’s going to be quality gold on the TV and I want to see more looks from this queen who is another one that claims she can’t sew.

His video had me in hysterics. I think the outfit too was such a great nod to the British Drag scene. The purple representing ‘royal’ really is a great outfit choice. One of the queens who makes his own costumes and takes huge pride in constructing outfits. Excited to see his sewing skills and I am sure he is going to slay some challenges if that outfit look is anything to go by.

To me she looked like a red maleficent. However, her body shape silhouette was stunning hourglass body she represented on the reel. I would love to see more of what she can offer onto drag race UK. She seemed a confident queen with being about to do high fashion, glamour and dance. 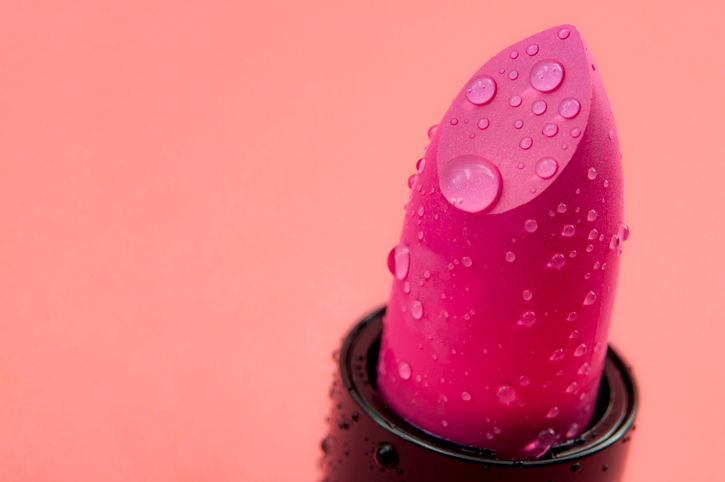 A look queen with a northern accent. She looked fabulous in her light blue outfit and her hair was dynamite. You can tell she was a fashion queen and no surprise that she is a fashion designer; She wants to prove she is more than just a look queen though so I’ll be interested to see how she fairs in the other challenges such as comedy, singing and dancing on the show. She’s only been doing drag for 2 years but she looks the part. Will she crumble under the pressure of some of the more experienced queens on the series?

Can we just take a minute to appreciate that body and the sexy street wear Jedi outfit she is giving us on her reel. She is certainly one of the queens that stands out. I have seen her perform with Sink the Pink and boy can she dance. It’s no surprise that she has danced with Little Mix and Kayne West. I can’t wait to see what she brings to the show and if she’s in the bottom two with Tace it’s going to be a lip sync showdown like never seen before.

The youngest queen who is also the Tallest at 6ft4 and our FIRST Scottish Queen from Dundee. I am not sure what drag scene in Dundee has to offer but once she is in her drag outfit she is a towering 6ft8. I loved her aesthetics and make up on the reel and I think she will be a surprise contestant considering she is a young queen.

I loved everything about TACE from her look, her confidence and that sexy Welsh accent. She wants to be the next Tom Jones, Shirley Bassey or Catherine Zeta Jones and she is giving us plenty of razzle dazzle in her video clip with that stunning feathered outfit. I think she’s a great representation of the British Drag Scene and I want to see her to go all the way. Her performances in the London scene are notorious for being full of high energy. I am sure that if she is in the bottom 2 and has to lip sync she’ll be high kicking and showing us some acrobatic moves in order to slay her opponents.

One of the slightly older queens at 34 she has plenty of experience in the drag scene having acclaimed that she has been doing this for over 15 years. She gives a lot of talk of her video lets see whats she is like in the show

This has to be one of the most unattractive outfits I’ve ever seen on any drag race. I mean she’s basically a large blue blob. I can certainly say she was one of the more unmemorable queens on the show but I hope she proves me wrong. I’d love to see more of what she can offer.

Trade of the season – This has to go to Astana Mandela who is from East London and part of the Sink the Pink crew. She is stunning both as a man or a woman

One to watch out for – this has to be Tace or Ginny Lemon. I am excited to see more of their drag and what they have to offer. Both their videos showed them in good light but on the extreme side but it would be good to see what they are like in the workroom and how they come across to the public on BBC. My prediction for the first one getting the boot will be either Joe Black or Sister Sister.

If you haven’t watched the meet the queen videos you can stream them now on BBC.