As a loyal reader, you know what we’re about: we campaign for change. We want to hold enough commercial weight to create a dent noticed by government bodies, other corporations, and MPs. We are inspired by the pioneers who came before us.

And we’re able to work towards this because of you – and your love of our monthly subscription boxes, of course.

Our bundles are packed with personal care products, underwear from the sexy jockstrap to a comforting brief, exclusive rewards, and endless love from the team.

We name each box after legendary LGBTQ+ figures, and have recently expanded our range to celebrate four more spearheads of our community. 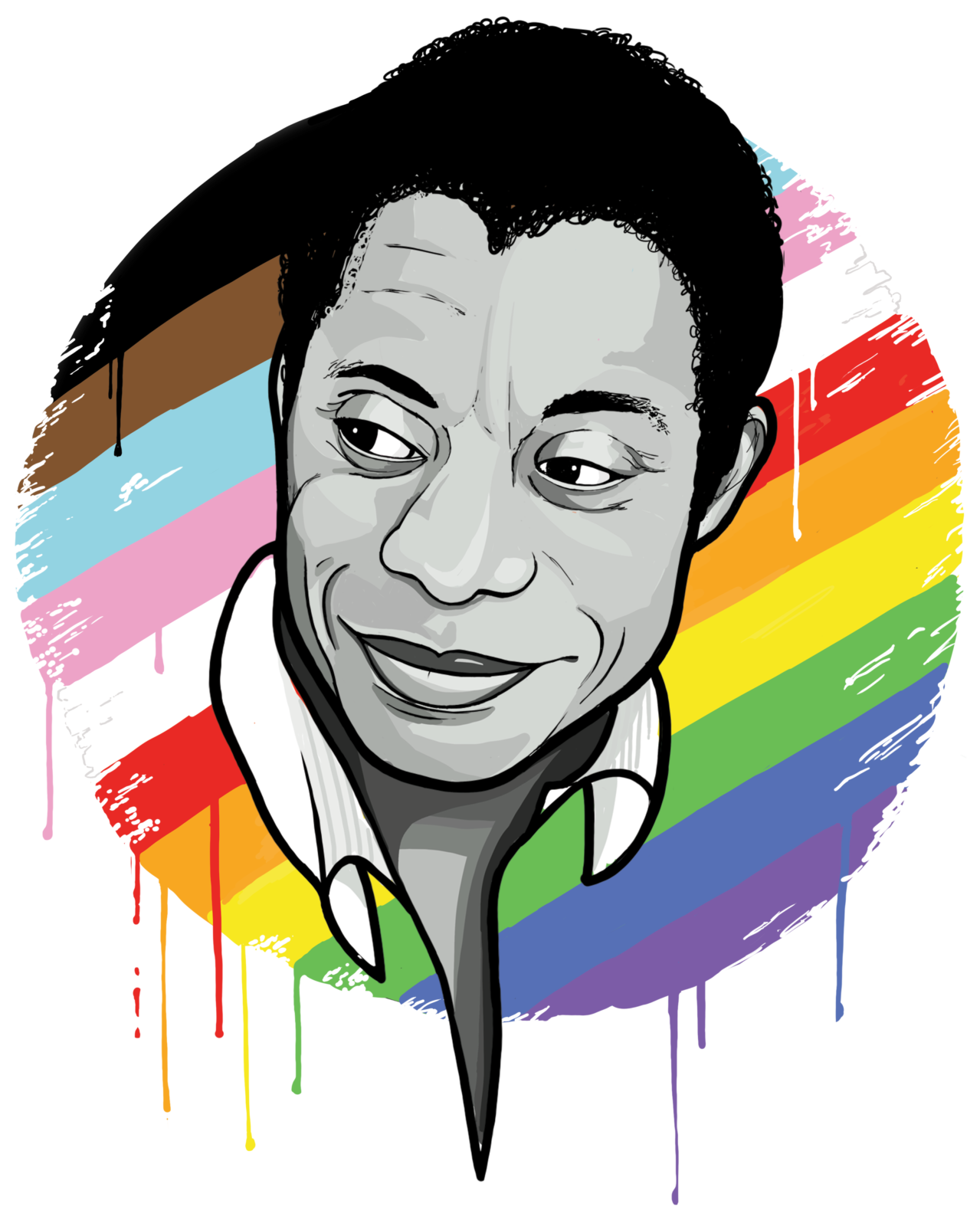 “All art is a kind of confession, more or less oblique. All artists, if they are to survive, are forced, at last, to tell the whole story; to vomit the anguish up”.

An American novelist, essayist and activist born in the roaring twenties, Baldwin’s lifework traverses themes of race, sexuality and class. His writing looks at such distinctions within Western society and ran parallel with significant social movements such as the fight for Civil Rights and Gay Liberation. The protagonists he crafted search for both self and societal approval and for that they are, unfortunately, timeless.

In the 1960s Baldwin’s activism was of socialist intent; his ideological stance sitting between Malcolm X and Martin Luther King, Jr. The ‘70s saw him essay his truth on the prison industrial complex. In a letter to Angela Davis during her imprisonment he detailed how Americans measured their own safety through ‘chains and corpses’ of African Americans. Baldwin saw prison as a way to confine people of colour across the United States and as a paradox for men’s relations with one another.

Prisons, to Baldwin, were sites of both love and violence between men. Chris Freeman, professor of English at the University of Southern California, described his work as “intersectional” before there was stratification of the word. Indeed, his sexual orientation was not strictly ventilated by scholars throughout much of his life, it being only one of the many themes his work focused on. 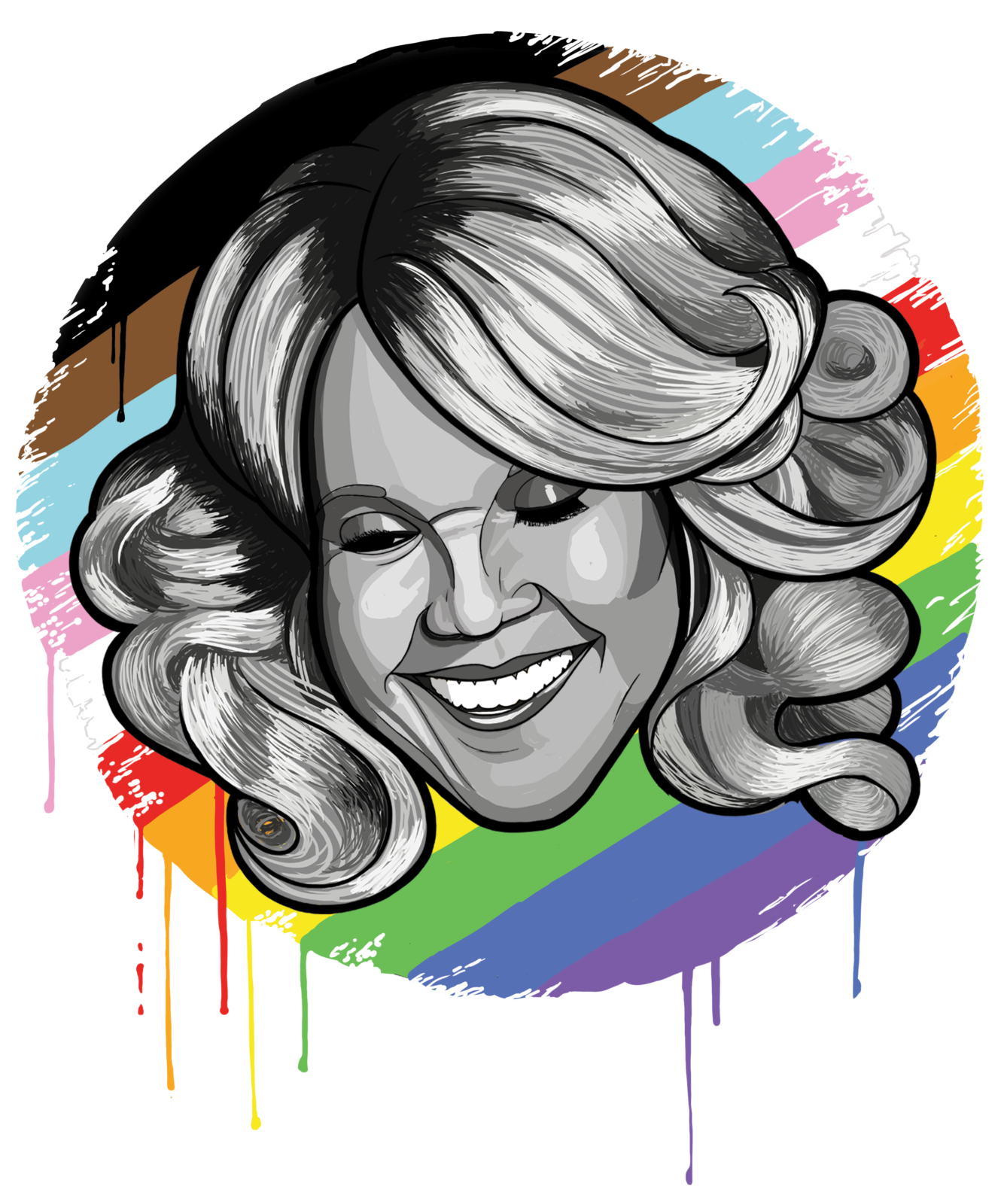 A trans woman activist who’s spent over forty years as an advocate for the marginalised, Miss Major Griffin-Gracy rose to prominence for her involvement in the Stonewall uprising. The riots took place in New York City in 1969 and were a stimulant for the Gay Rights movement across the world.

GG had a series of stints in prison over the 1970s for her activism supporting the trans community. She emerged with a radical stance on the prison-industrial complex and a need to carry on the battle for trans rights. This convergence led to her becoming Executive Director for the Transgender Gender Variant Intersex Justice Project.

This campaign aids those aforementioned if incarcerated under the prison-industrial complex; they create ‘a united family in the struggle for survival and freedom’. The work includes re-housing, lobbying, Black trans leadership development and legal advocacy. You can have a read about exactly what they do in more detail here: http://www.tgijp.org/.

Though GG has since retired from formal activism, she wants young people to carry on what she started. A spark in the contemporary trans movement and a fierce protector of the community, she’s achieved greatness and set the tone for the work that is still to be done. 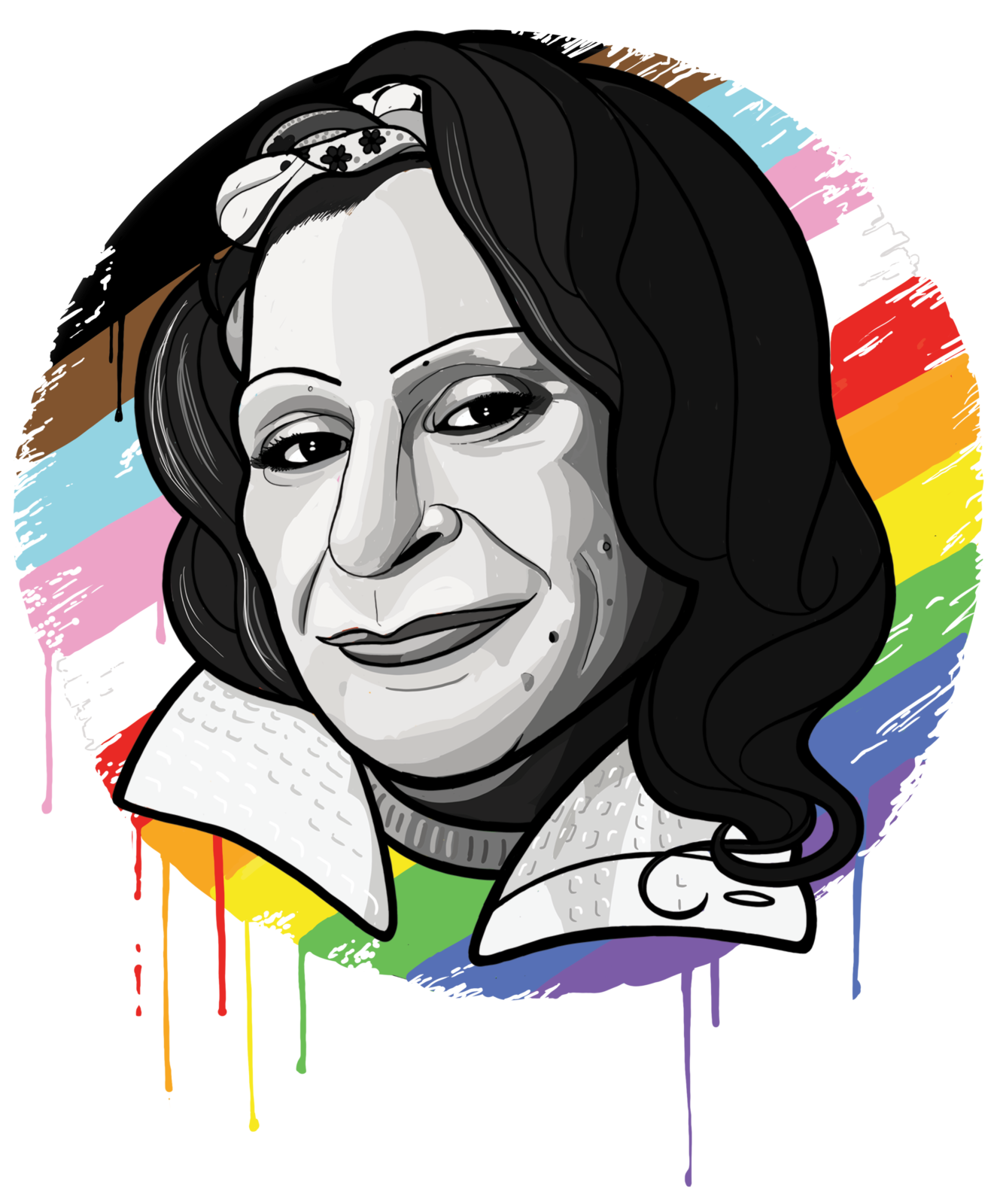 “I felt I had the time and I knew that I had to do something. My revolutionary blood was going back then.”

Dubbed Rosa Parks of the trans movement and founder of STAR (Street Transvestite Action Revolutionaries) Rivera’s approach to transgender rights was both intersectional and iconic. She was born in 1951 and had fled home by the age of eleven. Taken in by the trans community, she’d joined the Gay Activists Alliance at eighteen; she fought for both gay rights and for transgender people and drag queens to be protected under this movement.

The 70’s saw a conflict of interests in this regard; the initial gay Pride parades forbade Rivera speaking at the event. She still did, and was heckled for her efforts. This led to a suicide attempt, whereby she was rescued by firm friend Marsha P. Johnson.

Rivera has credited Johnson many times for literally saving her life. After Johnson’s death in ‘92 she continued the work they’d spent their lives doing. In the 00’s she challenged the assimilationist gay rights agenda of ‘Don’t Ask Don’t Tell’ and the lack of space for drag queens and culture this offered. Indeed, her discord with acculturation reflected the friction between mainstream LGBT politics and the radicalism of the gay liberation activists that had delivered necessary changes. For this, she remains an icon for those in the community that such politics continue to leave behind 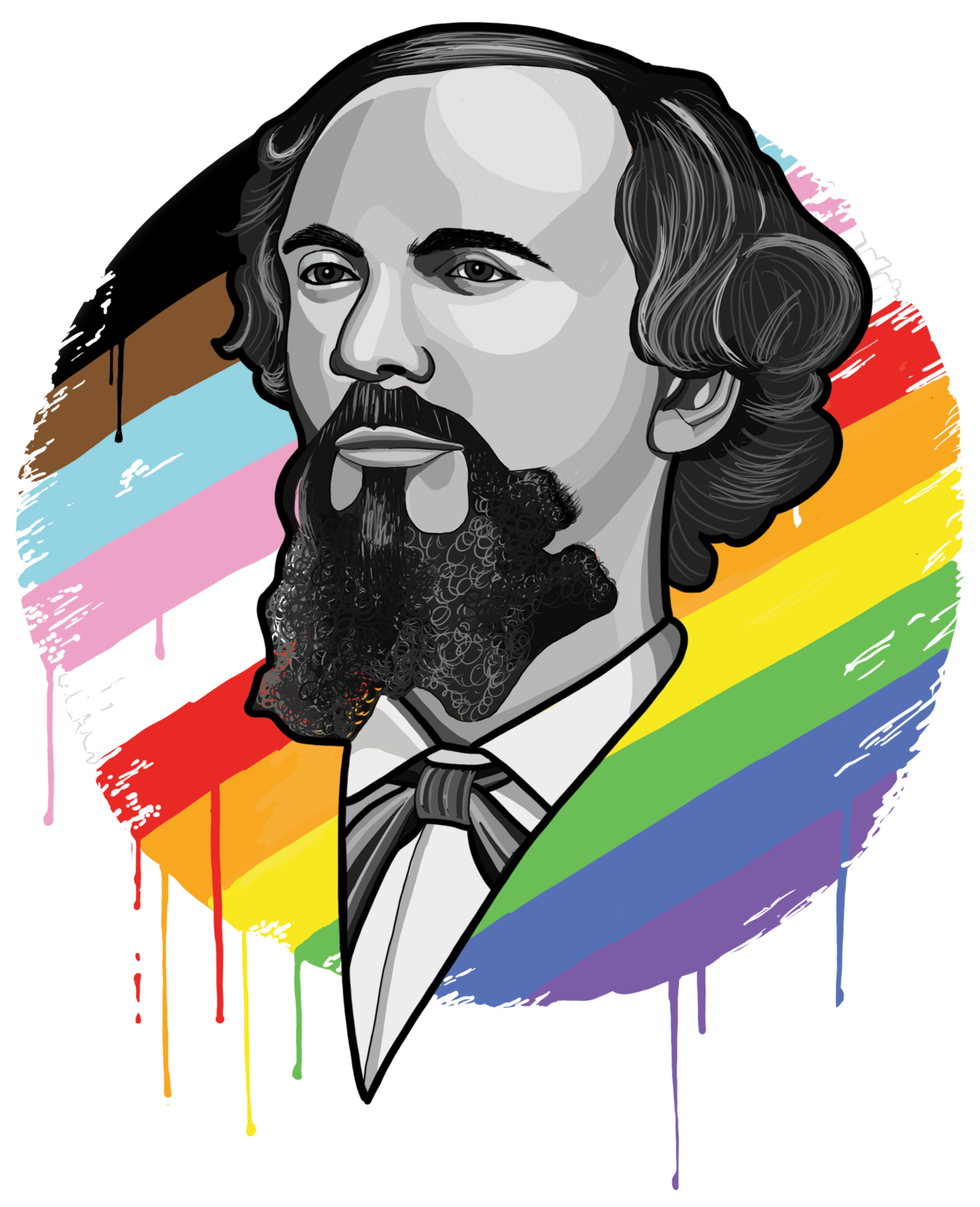 “Until my dying day I will look back with pride that I found the courage to come face to face in battle against the spectre which for time immemorial has been injecting poison into me and into men of my nature.”

Born in 1825 in Lower Saxony, Germany, Ulrichs is regarded today as a founder of sexology; that is, the scientific study of sexuality. He is thought to be the first to publicly ‘come out’.

This event was on August 29, 1867. At a council for jurists he opposed the criminalisation of homosexuality and from that dove into developing a ‘scientific theory’ for gay love. He is perhaps so exceptional for his departure from homosexuality as an obtained characteristic.

Instead, he wrote same-sex attraction as inborn and natural; at the time, this was revolutionary and beyond societal comprehension. Using Plato’s Symposium, he coined terms for sexual orientation; ‘Urning’ for a man who wants men, and ‘Dioning’ for one who wants women.

Throughout the 1860s he travelled across Germany as an outlaw for his writings. His work evolved to transcend emancipatory intent; his view that sex cannot be purely for reproduction lay groundwork for gender theory today.

He worked to free people from universal opprobrium of queer acts as abnormal. Despite his trouble with the law, he persevered with his writing and stated that no government is puissant enough to eradicate queer love. His works were banned across Prussia, Berlin and Saxony.

Want all the latest news about our work, products and podcast? Then go to our website and Join our community and sign up with your email.