It’s 2016 and Glennon Doyle is seemingly living the dream of thousands of aspiring writers around the world. Her latest book ‘Love Warrior’ has been selected to be part of Oprah Winfrey’s book club and she is about to begin a nationwide promotional tour. Love Warrior depicts Glennon’s own tale of forgiveness following her husband’s adultery. It shares the message that has been ingrained in Glennon for years as part of her Christian upbringing – that regardless of indiscretions or discontent, marriage is for life. There was only one slight issue (or one giant PR nightmare). As Glennon prepared to start her tour to inspire others with her tale of marriage redemption, she had fallen deeply in love with a woman.

Fast forward 4 years and Glennon has navigated an amicable divorce with her husband who remains a dedicated father to their three children. She is happily married to the aforementioned love of her life, former USA women’s soccer champion Abby Wambach, and she has produced the gift that is ‘Untamed’ to share with the world how she reclaimed her life, her mental health and herself. 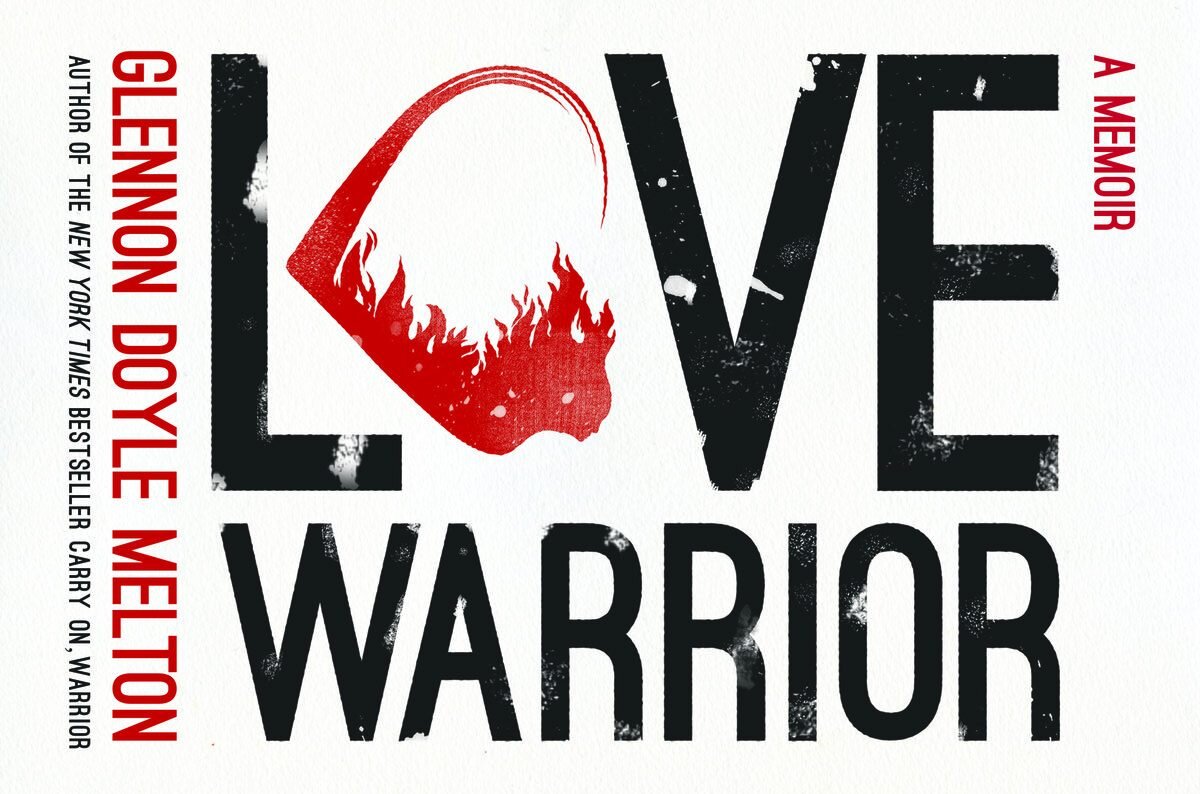 “She’s never even seen the wild”

Untamed begins with the story of a family visit to the zoo. Glennon and her children are front row at a big cat show. The zookeeper introduces resident cheetah Tabitha, who becomes our central metaphor for the book. The keeper first presents her pet Labrador Minnie who, on demand, chases a dirty pink bunny attached to a jeep around the pen. In a bizarre display, Tabitha is then released and the majestic creature imitates the dog, playfully chasing the bunny in blissful ignorance. You see, Tabitha was raised alongside Minnie in an effort to tame the majestic creature into contentment with captivity. The zookeeper reassures the crowd that the tamed creature is perfectly fine here as “she’s never even seen the wild”. She has learnt that ignoring her own instincts to tear the unsuspecting bunny apart and instead imitating the dog’s behaviour will result in being gifted the juicy steak.

Glennon argues that there are many ways that we can become ‘tamed’ away from our authentic selves, whether that be by the expectations of our communities, organised religion or our families. To become tamed is to operate in a way that is expected of us by the societal constraints that we live within at the expense of self-authenticity and often our own mental health. So how did Glennon untame the cheetah within her and how can we do the same? 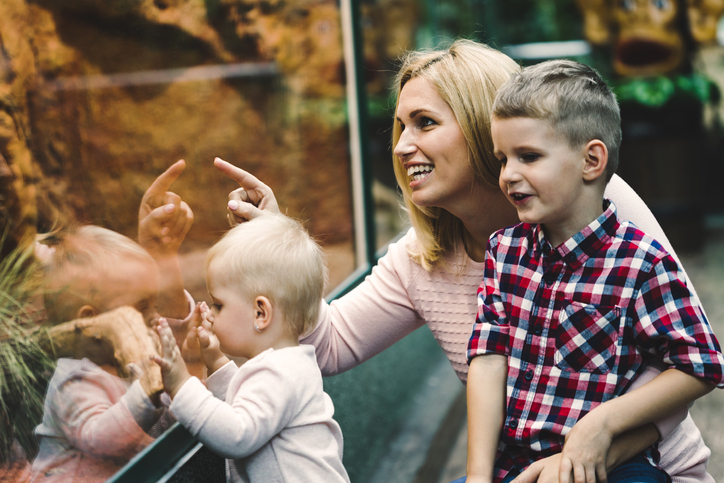 “We can do hard things”

Undoubtedly the quote of the book has to be “we can do hard things”. It has been reused by celebrities across Instagram including Hilary Clinton! Glennon spent years dealing with mental health issues and trying to block out her dissatisfaction with life and herself. She battled bulimia, alcoholism and drug abuse before becoming a Mother and continues to deal with anxiety and depression to this day.

In a moving chapter, Glennon describes the day she had to say goodbye to her dying Grandmother. She felt not only her own pain but the pain of her Mum who was losing a Mother. In this moment Glennon realised that sometimes there are no easy answers to pain. Rather than reaching for a distraction to make this easier, she needed to sit with her emotions and simply “feel it all”.

Instead of blocking things out or being ashamed of her emotions, Glennon has learnt she can survive them – she can do hard things and she will still come out of the other side. In accepting and opening herself to her mental health challenges she has in fact, learnt to tame them.

So whether it’s losing a job, that break-up that made you wonder if Adele had heard your story before she wrote ‘Someone Like You’ or the moment you decided you would learn to run 10k in case Lockdown v3.0 brought a terrifying escalation of the ‘run 5/donate 5/nominate 5’ challenge – we have done hard things before. We can do hard things again. 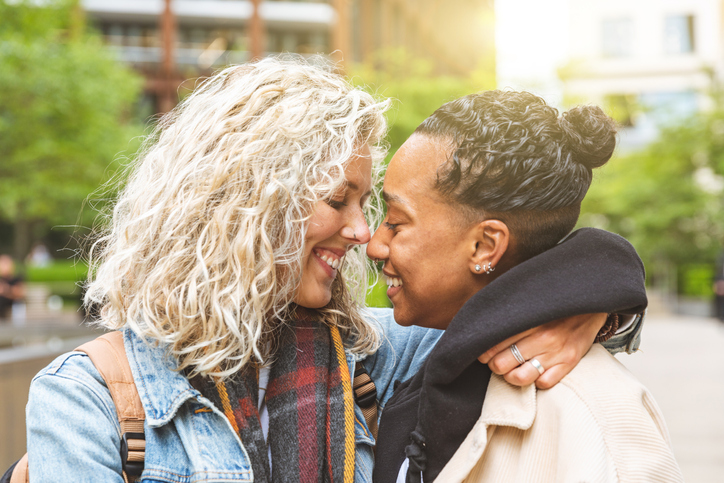 Despite every moment of the day being filled with work, family and responsibilities, Glennon found herself discontented with her life and her marriage, or as she describes it “overwhelmed and underwhelmed”[1] with life simultaneously. This feeling will be common to many of us, but we can often stay in a less than desirable situation because we don’t have the answer of what ‘better’ looks like.

One of my favourite concepts of the book was Glennon’s description of her ‘knowing’. Whether you want to call this God, intuition or your gut instinct, a person’s ‘knowing’ is the voice or feeling inside you that guides you through life. Glennon describes the feeling of her knowing telling her simply: “Not this”. She advises us to trust in that feeling alone. We don’t need to have all the answers straight away, “not this” is a very important stage”.

It is the decision to leave a job that has you weeping in the toilet cubicles before you have something else lined up. It is the decision to end a miserable relationship in your 30s despite your Mother reminding you that you’re not getting any younger and did she mention she wants grandkids? If you look back over these moments in your own life, your ‘knowing’ always had your back. Your ‘knowing’ was your brain untamed.

As much as Glennon’s ‘knowing’ told her “not this”, it also came through for her when the time was right to show her “this instead.” Glennon beautifully depicts the moment she met the love of her life Abby for the first time. “Suddenly, a woman is standing where nothingness used to be […] My whole being says: There She Is.” From that moment, Glennon could no longer hide who she truly was. She recalls “The voice I finally heard that day was my own – the girl I’d locked away at ten years old, the girl I was before the world told me who to be – and she said: Here I Am. I’m taking over now.”

Of course, it would not be easy. Glennon had a husband, children, conservative Christian parents and advisors that told her that being honest about Abby would be “career suicide.” Glennon faced a dilemma – to stay married and minimise the impact on her family or be with the woman she knew was the love of her life. She recalled “It didn’t feel so much like a decision between people, it felt like – do I abandon myself or do I not.”1

Sometime later, Glennon and Abby would receive the blessing not only from Glennon’s husband Craig but from the same Christian parents whose opinion Glennon feared. “I have not seen my daughter this alive since she was ten years old” Glennon’s Mum told Abby. A new family was born.

Ironically, the woman who fought her feelings about her sexuality, appears to have become somewhat of a lesbian icon. One of Glennon’s followers recently tweeted “The amount of lesbians quoting @GlennonDoyle on their dating profiles is just insane. Gonna be dating a ton of cheetahs come spring”. 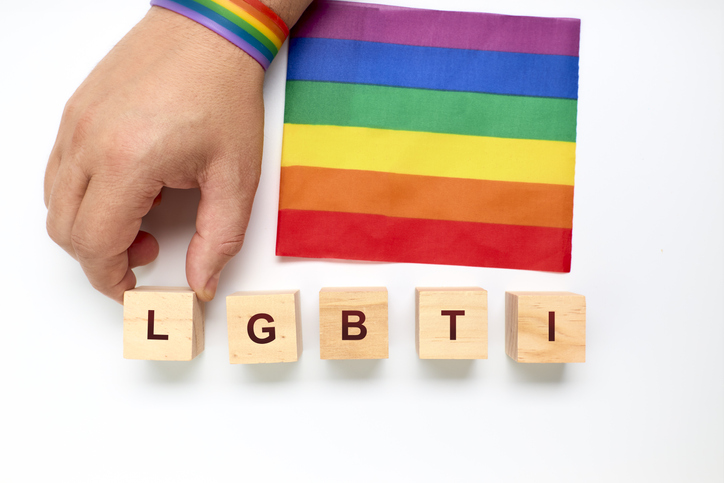 I loved Glennon’s collection of stories that not only depicted her own journey in vivid colour but gave readers life lessons to take with them. I found myself collecting snippets that I simply had to share with my friends and family. There was for those who were straight, gay, single, in a relationship, those with children, those who are experiencing mental health challenges, those who struggle to be who they are because of the expectations of others, those going through divorce, those who are grieving. No matter who you are, there seems to be a message for you in this book. The short chapters of personal memoirs gave the book a pacey moreish-ness that many ‘self-improvement’ books can lack. Glennon has the ability to entertain, inspire and educate simultaneously.

But what of Tabitha? At the end of the big cat show, Tabitha is let out into a field where Glennon’s daughter Tish notices her demeanour change. As the cheetah stalks around the boundaries, they notice she looks “regal. And a little scary”. “Mommy.” Tish says. “She turned wild again.” And we suspect that there might be hope for Tabitha to remember who she is after all. Perhaps there might be hope for all of us.

As I closed Untamed, I was left with the feeling that the only thing we need to live our “most true and beautiful” lives has been there all along. So be true to yourself, be true to the ‘knowing’ within and if nothing else, remember, that you are a goddamn cheetah.

Untamed is available from Hive (supporting local book stores), Amazon or other retailers.

[1] Taken from Glennon Doyle’s interview with Mia Freedman on the ‘No Filter’ podcast, released 17 May 2020