What is coming out?

Coming out. I think it’s a moment in the life of every LGBTQ+ person that will never be forgotten.

Telling people about your sexual orientation or gender identity is called coming out. Coming out is not necessarily a one-off event – lesbian, gay, bi, trans and queer (LGBTQ+) people may have to come out many times during their lives. It’s also very individual to each person and different challenges may be faced when coming out.

So why do we come out?

I feel like I speak for a lot of queer people when I say that I repressed myself when growing up. And that’s because the world wasn’t made for queer people. People have had to fight hard for where we are today. Standing up and saying I am Lesbian, Gay, Bi, Trans or Queer and not hiding who I am and who I want to be. Coming to the realisation that caring about what people think might not matter as much as being the real ‘us’ and living our best lives.

For an LGBTQ+ person we want to be honest with ourselves and sometimes the struggle of repressing our emotions and living a lie has an effect with our mental health. Whatever the reason for ‘coming out’, it is part of our journey into acceptance.

From watching Russell T Davies’ new iconic series ‘It’s A Sin’, we know that the LGBTQ+ community had it a lot tougher back in the 1980s during the AIDs pandemic. Since those times we (as a community) have come a long way in being accepted in the western world.

But we still have a long way to go. There is still a lot of homophobia around the world. And as of July 2020 – 8 countries still have the capital punishment of stoning to death or execution for being homosexual (countries include Nigeria, U.A.E and Saudi Arabia)

Don’t be afraid to ask for help!

Whether you’ve come to terms with your sexual orientation or gender identity, or you’re still thinking about it, it can be difficult dealing with that on your own. You may get to a point where you need to talk about it with someone, to get support or simply get it off your chest. To hide who you are from other people often means lying and pretending. You’ll need to think about whether hiding is more or less stressful than being open about it.

What will my friends say?

I don’t know why but for me this was the hardest thing about coming out. Going through university pretending to be straight. Most people probably knew I was gay but I could never really admit it to myself. I was worried about how my friends would react and if they would stop being my friend because of my sexual orientation.  I wasn’t honest with them from the start and also added with the mixture of fear of them rejecting me was just something that I couldn’t handle. Looking back I don’t regret my decision for coming out later but I certainly wish I had some more guidance in order to try and understand what I was going through a bit better.

I went to a Catholic boys school (yes it was even run by Priests!) For me being a gay man it seemed harder to tell your straight male friends you were gay. I often wondered if they would think I would be into them and have the weird complex that I saw them as ‘eye candy’ and would be peering at them in gym class or in the showers. Figuring out if they would understand me and still accept me was difficult for me to come to terms with. 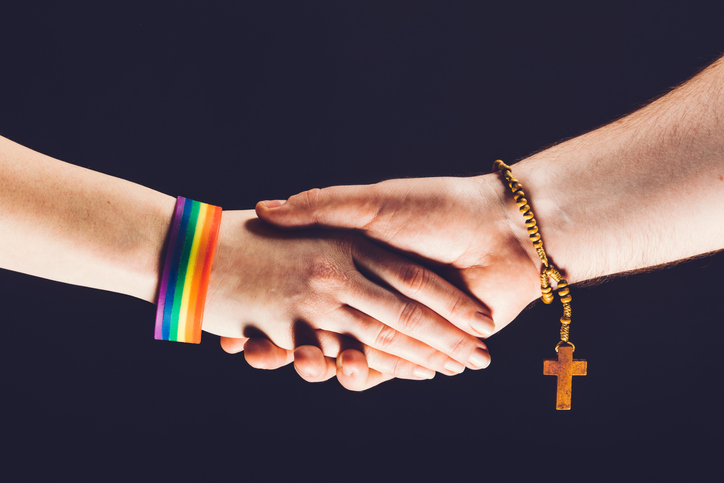 What will my parents say?

The biggest fear for most young LGBTQ+ teens and young people is the rejection from their parents. If you have come from a strict religious community or background where homosexuality isn’t tolerated it can be a very difficult subject to talk about.  You may have been brought up to believe being homosexual or different is a bad and unnatural thing, leading to insecurities and feelings of shame that you don’t want to talk about with your parents.

Remember being true to yourself is the best thing. There are plenty of support groups and people who’ll be willing to support you in being comfortable with who you are and coming out the right way for you, to the different people in your life (if you feel that is an option you want to do).

If you feel the pressure that telling your friends, peers and parents is too difficult, try and take small steps and educate them on who you are and what the future looks like for you.

It’s Your Choice and You’re Decision

At the end of the day remember that you choose your own narrative. The story is in your hands. You can decide to be who you are and who knows this. If you feel that you are not ready then take time to feel like you’re making the right decision when ‘coming out’

At the End of the Day

We want Equality for all the whole LGBTQ family. By coming out it shows the world who we really are. Queer People exist and we should acknowledge this. We want to all live in a world where hate crimes no longer exist, where there are equal job prospects for everybody in the community and all over the workplace. Most people have the notion that people in the LGBTQ community are vibrant, colourful and positive people but as we are (all of these things) at the end of the day we are HUMAN and all we want is to be loved for who we are.

Support for Youths and LGBTQ Charities